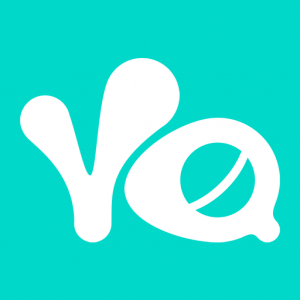 Yalla Group are the creators of the popular game Yalla Ludo and the messaging app, YallaChat 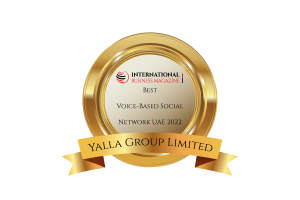 These accolades would further inspire us to realize our vision of building the most popular destination for online social networking and entertainment activities in MENA.”

Since its founding in 2016, Yalla Group is focused on meeting the rising demands of the MENA region’s social networking and entertainment needs and currently they are creating a regionally-focused, integrated ecosystem. The Yalla Group ecosystem also includes YallaChat, an IM product tailored for Arabic users, which is being upgraded with a new unified login system. They have also developed Waha, a social networking product designed for the metaverse. Games such as Yalla Baloot and 101 Okey Yalla have been developed to sustain vibrant local gaming communities in the region. The South American market is also a fast-growing market today and Yalla Group has developed Yalla Parchis, a Ludo game, to serve the Latin American market.

With evolving forms of entertainment comes the evolution of content and Yalla Group is catering to the mid-core and hard-core gaming fanatics through Yalla Game Limited. The beta version of its first hard-core mobile gaming title, ‘Merge Kingdom’ has been rolled out and they also plan to launch an RPG game by the end of this year.

Mr. Saifi Ismail, President of Yalla Group said, “We are proud to receive these two awards from International Business Magazine. I would like to sincerely thank Mr. Ujal Nair and the whole team of International Business Magazine for their commendation on behalf of Yalla. These accolades would further inspire us to realize our vision of building the most popular destination for online social networking and entertainment activities in MENA.”

Ujal Nair, Editor, International Business Magazine commented, “EMEA is currently a fast-growing market for the gaming and entertainment industry and companies like Yalla Group are providing the mobile social networking and the entertainment platforms to the users in the region. Their recent announcements in the gaming and social networking segments prove that there is much scope for expansion in the region. We are glad to announce that the winners of the two titles are fast-growing mobile platform development companies that are investing their right resources for the correct market. We see a huge scope of growth for the company in the coming years.”

Yalla Group Limited is the largest voice-centric social networking and entertainment platform in the Middle East and Northern Africa (MENA). The Company operates two flagship mobile applications, Yalla, a voice-centric group chat platform, and Yalla Ludo, a casual gaming application featuring online versions of board games, popular in MENA, with in-game voice chat and localized Majlis functionality. The Company has expanded its content, creating a regionally-focused, integrated ecosystem dedicated to fulfilling MENA users’ evolving online social networking and entertainment needs. The ecosystem includes YallaChat, an IM product tailored for Arabic users; Waha, a social networking product designed for the metaverse; and games such as Yalla Baloot and 101 Okey Yalla, developed to sustain vibrant local gaming communities in the region. Yalla is also actively exploring outside of MENA, having launched Yalla Parchis, a Ludo game designed for the South American markets. Yalla’s mobile applications deliver a seamless experience that fosters a sense of loyalty and belonging, establishing highly devoted and engaged user communities through close attention to detail and localized appeal that profoundly resonates with its users. In addition, through its holding subsidiary, Yalla Game Limited, the Company has expanded its capabilities in mid-core and hard-core game distribution in the MENA region, leveraging its local expertise to bring exciting new content to its users.

International Business Magazine is a UAE-based online publishing company with a subscriber base of more than 50,000 that includes investors, C-suite employees, key stakeholders, policymakers and government bureaucrats. We deliver the latest news from the financial world and keenly promote innovative solutions in the industry.

EIN Presswire’s priority is source transparency. We do not allow opaque clients, and our editors try to be careful about weeding out false and misleading content. As a user, if you see something we have missed, please do bring it to our attention. Your help is welcome. EIN Presswire, Everyone’s Internet News Presswire™, tries to define some of the boundaries that are reasonable in today’s world. Please see our Editorial Guidelines for more information.