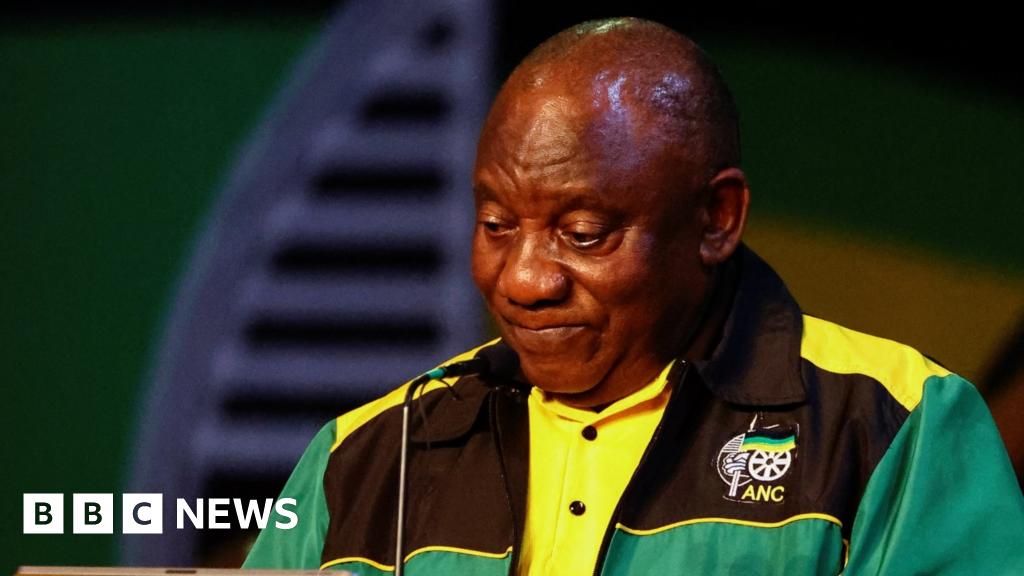 South African President Cyril Ramaphosa was disrupted as he gave an opening speech at his ruling party’s conference.

He is running for re-election as leader of the African National Congress (ANC), which is divided by his rivalry with former President Jacob Zuma.

Mr Ramaphosa recently survived an impeachment attempt over the “Farmgate” scandal involving millions of dollars found stashed in sofas at his private farm.

More on this story here