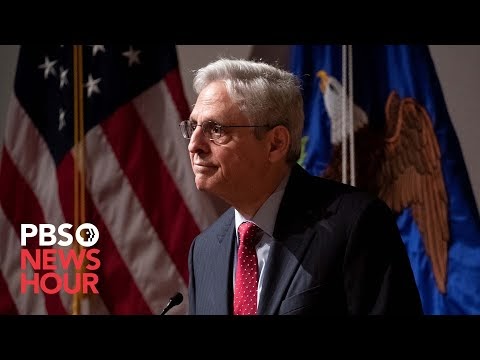 * Given Trump’s announcement he would run for president in 2024 and President Biden’s stated intent, Garland said he was obligated to appoint a special counsel

* Since 2018 Smith has served as chief prosecutor for the special court in The Hague, investigating war crimes in Kosovo

‘This is a totally expected political stunt by a feckless, politicized, weaponized Biden Department of Justice,’ a Trump spokesperson said Friday.

Trump told Fox News he ‘won’t partake’ in ‘the worst politicization of justice in our country’ just after the announcement.

WNU Editor: Three days after saying that he was going to run for the US Presidency in 2024, the Biden Justice Department decides to name a Special Prosecutor to go after the former President …. AGAIN!!!!!

This is the new January 6th investigation.

And this is all happening after Republicans announced that they will investigate the business ties uncovered in Hunter Biden’s laptop on President Biden, his son, and business interests in China, Ukraine, and elsewhere.