As the world fixates on Ukraine, another war is brewing in the Middle East 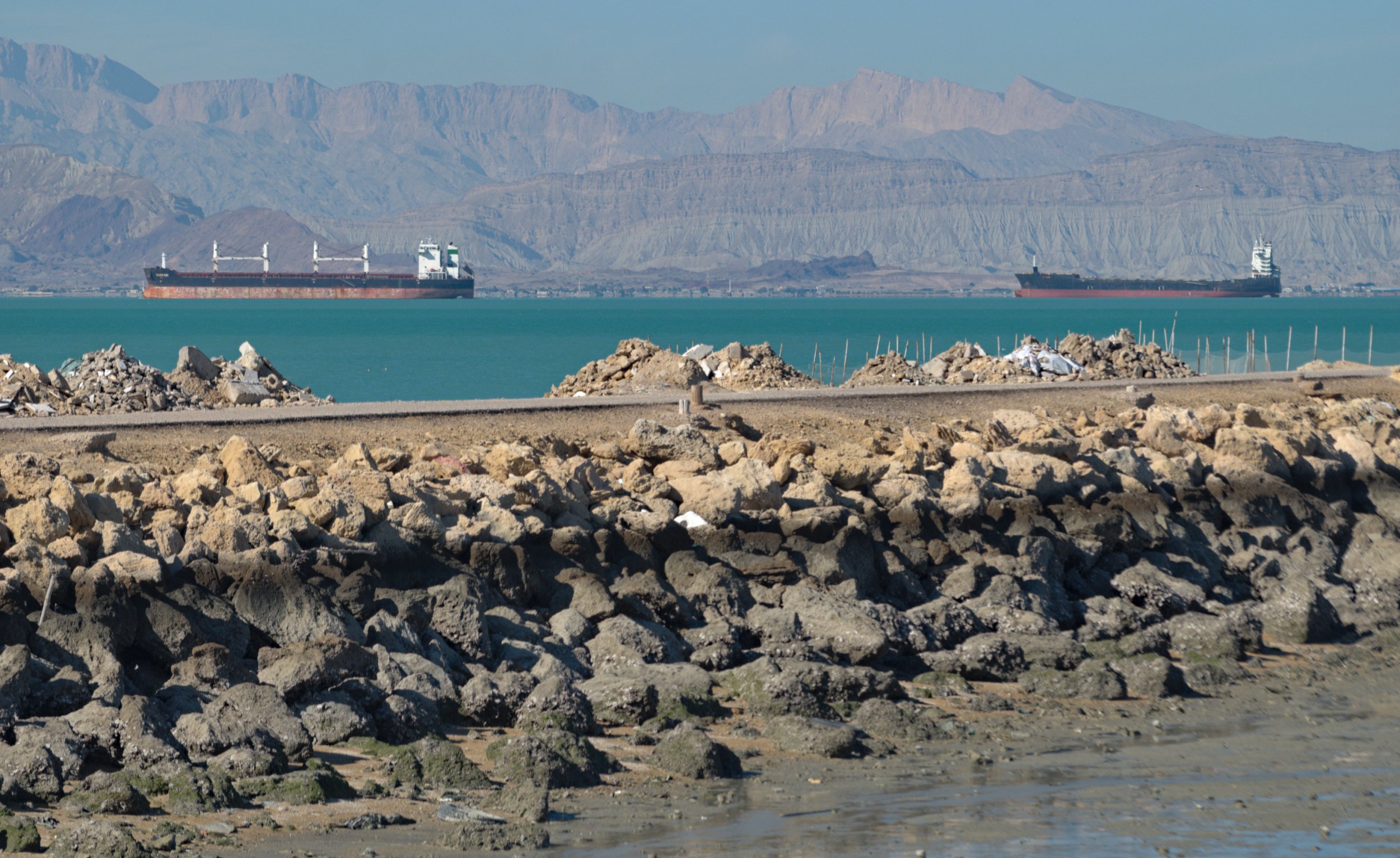 This is Dispatches with Patrick Cockburn, a subscriber-only newsletter from i. If you’d like to get this direct to your inbox, every single week, you can sign up here.

As war rages in Ukraine, another conflict is ready to explode in the Middle East as the US and its allies confront Iran over its nuclear programme, supply of drones to Russia, and repression of anti-government protests.

If the US or Israel were to attack the main Iranian nuclear facility producing weapons-grade nuclear fuel, Iran would most likely retaliate by using its drone and missile arsenal to close the Strait of Hormuz at the mouth of the Gulf, through which tankers daily carry almost a fifth of the world’s oil and gas.

The confrontation escalated sharply this week when Iran announced that it intended to make near bomb-grade nuclear fuel at its Fordow plant, located inside a mountain to protect it from bomb and missile attack. Iran decided to ramp up its nuclear programme after the failure of talks to revive the Joint Comprehensive Plan of Action (JCPOA) nuclear deal agreed in 2015 by President Barack Obama but denounced and dropped three years later by President Donald Trump.

At the heart of the agreement was a far-reaching reduction in economic sanctions on Iran in return for international monitoring of a reduced Iranian nuclear programme, which Israeli and Western leaders say is aimed at producing a nuclear bomb.

The escalating crisis is a resumption of the confrontation three years ago between the US and Israel, on the one side, and Iran, on the other, that almost led to war. Under pressure from sanctions and threatened by military assault, Iran launched a highly successful drone and missile attack on Saudi oil facilities that briefly cut its oil output by half.

Iran was held responsible for explosions damaging oil tankers anchored at the mouth of the Gulf, and for guerrilla actions against US troops in Iraq. Trump retaliated by ordering the assassination of General Qasem Soleimani, in charge of covert Iranian operations abroad, who was killed in a drone strike in Iraq in early 2020.

The US-Iran military conflict came close to an all-out war, but de-escalated sharply with the replacement of the aggressively anti-Iranian Trump by President Joe Biden who reopened negotiations for resurrecting the nuclear deal. Attention was diverted away from Iran by the Covid-19 pandemic, the US competition with China, and the war in Ukraine. As recently as September, Iran appeared close to a new agreement on the JCPOA but asked for guarantees that the US would not unilaterally withdraw again.

Yet the failure to agree a nuclear deal is only one of a series of separate and unrelated events that have heated up the Iran crisis over the last two months, making it more explosive than ever. Israel’s Prime Minister, Benjamin Netanyahu, had been in the forefront under Trump, pressing for an attack on Iranian nuclear plant. After decisively winning a general election on 1 November, he is returning to power in Jerusalem at the head of the most hawkish and right-wing government in Israel’s history.

Always an opponent of the JCPOA, he is likely to put pressure on the US for military action against Iran. Israel and the US have both reportedly trained for an air strike against Iran and Netanyahu came close to ordering one.

Two other coincidental developments are further poisoning relations between Tehran and Washington. Faced with the air superiority of the US and its allies in the Gulf, Iran turned itself into what has been described as “a drone super-power”, but the world only took on board the effectiveness of these cheap precision-guided missiles when Iran exported them to Russia for use against Ukraine.

Since October, they have partly destroyed Ukraine’s electrical system, depriving much of the country of heat and light. The surprise emergence of Iran as a significant player in the Ukraine war soured even further, if that were possible, its already toxic relations with the West.

A final ingredient super-charging the growing crisis is the protest movement in Iran, which shows no signs of dying away, despite extreme repression leading to the killing of 305 protesters including 41 children according to Amnesty International. The protests are more broadly based than in the past and the collective punishment of protesters serves only to produce more martyrs. The refusal of the Iranian football team to sing their national anthem in Qatar shows the extent and determination of the opposition.

Tanker traffic from the Gulf

But it is still too early to know if it is destabilising the regime and how far the government could successfully appeal to national solidarity in the event of a crisis with the US, and seek to demonise demonstrators as the proxies of foreign powers.

Vocal and irrepressible popular dissent will weaken the Iranian regime, but in other respects it is stronger than it was during the last near war. The price of oil and gas is high and the stoppage of supplies from the Gulf oil states on top of the loss of those from Russia would have a crippling effect on the world economy. Iran is better than before in stopping tanker traffic from the Gulf by the use of drones and missiles in large quantities against which there is no totally effective anti-aircraft defence.

Western and Israeli leaders have long argued that Iranian possession of a nuclear weapon would alter the balance of power in the Middle East. This is true enough, although US intelligence reportedly believes the Iranian leadership has not yet decided if it wants to build a nuclear weapon. So far, the mere threat of doing so has served it as a useful bargaining chip in negotiating with the US and its allies, whom Iran sees as irremediably hostile.

Paradoxically, the balance of power in the Middle East and the rest of the world has changed, but not because of the acquisition of nuclear weapons. As shown by attacks in the Gulf in 2019, and in Ukraine since October, middle ranking states like Iran and Turkey, and even very poor ones like Yemen, now enjoy a much more level military playing field with powerful states like the US, Britain or Israel. Air superiority no longer means control of the skies, which is a game-changing development.

But how far are those who decide on war or peace in the Middle East aware that the game really has changed? Gulf states like Saudi Arabia and UAE realised after the last US-Iran clashes under Trump that they were all too likely to be collateral damage in any American or Israeli attack on Iran. Biden already has his hands full with the war in Ukraine. Israel should know that Iran would find some asymmetric way of striking back at it.

As with Ukraine, the self-interest of all sides should prevent the crisis over Iran turning into a shooting war – but that does not mean it will not happen.

A study of political pundits appearing on US television discovered that they are more likely to be invited back by the TV station if they are wrong in their predictions than if they are right. One reason why the erroneous commentator is re-invited is because they are categorical in their opinions. They do not see the arrows pointing confusingly in different directions, something that real experts are all-too-prone to do. Another cause is that these same experts may express opinions that deviate radically from conventional media wisdom to the horror of TV interviewers and discussion hosts.

I suspect that it is the triumph of the “pundit class” on US television which makes so much of it boring and uninformative. What makes the tedium so irritating is that it is quite unnecessary as Washington is bulging with real experts on almost every conceivable thing. But few of them get within sniffing distance of a TV studio where they might say alarming, unexpected and interesting things.

Unfortunately, it is this same pundit class which decides which issues are important and which are not. Many of those who were speaking knowledgably a month ago about the inevitable “Red Wave” and “Republican Tsunami” in the midterm elections are now busy setting the news agenda for the coverage of the presidential election in 2024.

This is a tremendous waste of time since, as has been shown again and again in past presidential elections, too much will occur in the next two years for the results of midterms to be a useful guide. This and other points made above are discussed by James Fallows here.

The election of Benjamin Netanyahu as the next Israeli prime minister at the head of the most right-wing government in the history of Israel should be attracting more intentional interest. Netanyahu has normalised the presence in Israeli governments of fanatical ethno-nationalists.

Proof of this is the appointment of the extreme right wing leader Itamar Ben-Gvir as Israel’s new national security minister in charge, among other responsibilities, of the Border Police who operate on the West Bank. Once a follower of Meir Kahane, the ultra-sectarian rabbi who wanted to strip Israeli Arabs of citizenship, Ben-Gvir used to keep in his house a picture of Baruch Goldtein who massacred 29 Palestinians in a mosque in Hebron in 1994. Two weeks before the election on 1 November, Ben-Gvir waved a handgun in East Jerusalem and encouraged police to open fire at Palestinian demonstrators.

His appointment has appalled many Israelis and American Jews. Rabbi Rick Jacobs, the head of America’s Union for Reform Judaism, said on Sunday that giving Ben-Gvir the job was akin to “appointing David Duke, one of the heads of the KKK, as attorney general”.

As for what was happening on the West Bank, even before Ben-Gvir’s appointment, here is an excellent piece of reporting by the admirable Haaretz journalist Amira Hass.

Britain may be failing in many respects, but it still produces meticulous reports on what went wrong. I wonder how many people read them. From the Independent Commission for Aid Impact (ICAI) on the uses of British development aid to finance Afghanistan, it emerges that a large chunk of aid money may have gone to finance the notorious police death squads.

“ICAI reports that £252m used to fund the salaries of the Afghan National Police as part of an international commitment was a ‘questionable use of UK aid’, because the police were primarily assigned to counter-insurgency operations rather than civilian policing. The report acknowledges that UK support for what was primarily a paramilitary police force helped protect Afghan communities from Taliban attacks, but it highlights concerns of police corruption and brutality, including extortion, arbitrary detention, torture and extrajudicial killings. The report found that attempts were made to end police funding, but they were overruled at the ‘highest levels of the UK government’.”

This is Dispatches with Patrick Cockburn, a subscriber-only newsletter from i. If you’d like to get this direct to your inbox, every single week, you can sign up here.