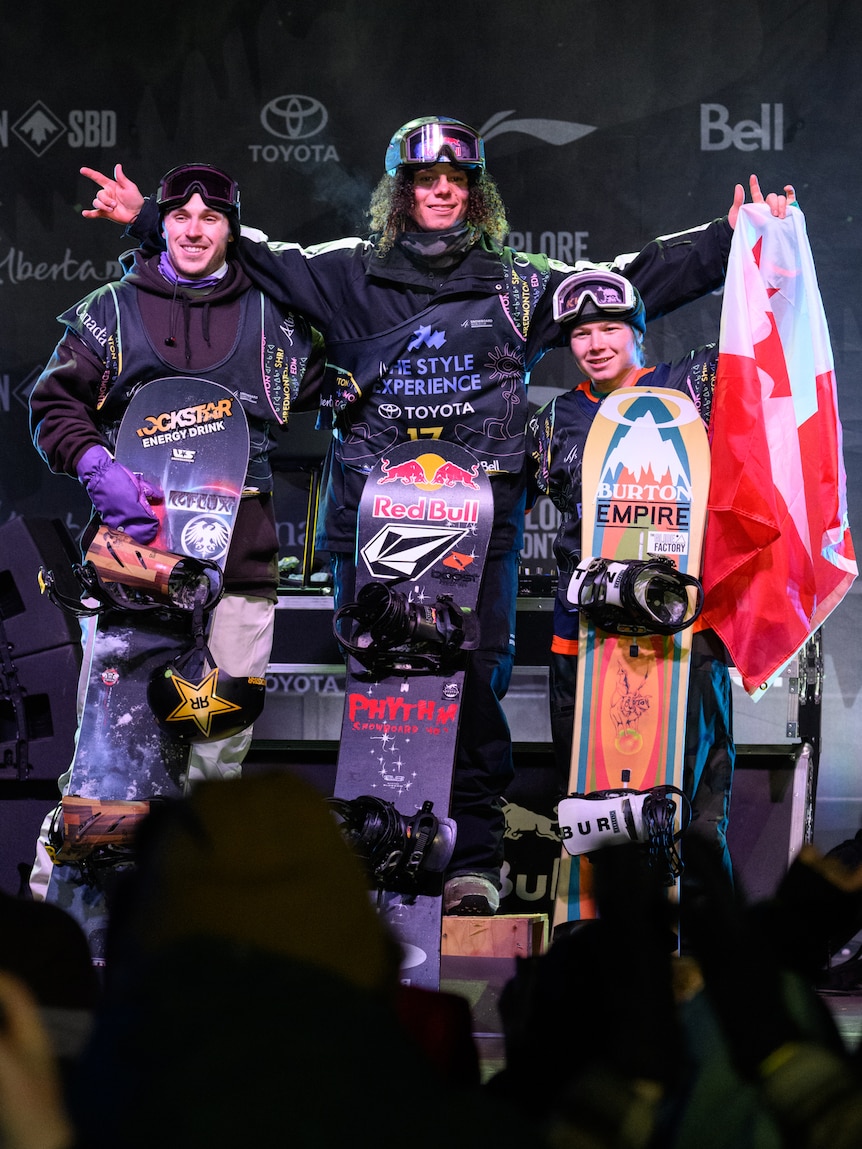 It is the first time an Australian snowboarder has won a World Cup Big Air event.

The 17-year-old is also Australia’s youngest ever gold medallist at an FIS World Cup event.

“Oh my goodness, I am so hyped right now,” Guseli said.

“I woke up this morning and was just really hoping that I could put my tricks down today, and now I am just so relieved and happy.

“It’s been a long and very bumpy road the last three years trying to work my way to some podiums and I have finally got a win, and I am so hyped, I am hoping to just keep it rolling to the next comps.”

The victory marks out Guseli — described as the worst kept secret in snowboarding ahead of February’s Olympics — as a genuine three-discipline star in snowboarding.

Guseli twice finished on the podium in slopestyle events in Switzerland and Georgia last season.

That came after he finished a hugely respectable sixth at the Beijing Winter Olympic Games in the half pipe competition aged just 16.

“He’s at his first Olympics, he’s made finals. It kind of speaks for itself.

“He’s incredible, He’s got a smile on his face which I appreciate, he’s a nice kid.”

Big Air competitions feature a single large jump in which competitors must complete as many tricks as they can before landing, with each rider having three runs to impress the judges.

The highest two scores from the three runs are combined to determine the winner.

Guseli claimed victory in Canada, on a temporary jump inside Edmonton’s Commonwealth Games stadium, by half a point from America’s Chris Corning thanks to a superb second and third jumps.

Guseli, who broke the half pipe air world record two years ago for the highest leap off a half pipe, landed a frontside double cork 1440 on his second run and a backside triple cork 1620 on his final run to claim gold.

His gold medal is just the latest in a series of stunning results by Australia’s winter sports athletes at the start of the season.

Josie Baff then claimed her first ever World Cup victory in snowboard cross at Les Deux Alpes in France.

Guseli’s win makes him the leader in the World Cup standings heading into next week’s competition at Copper Mountain in Colorado, USA.

He will also compete in the first World Cup half pipe competition of the season next weekend.