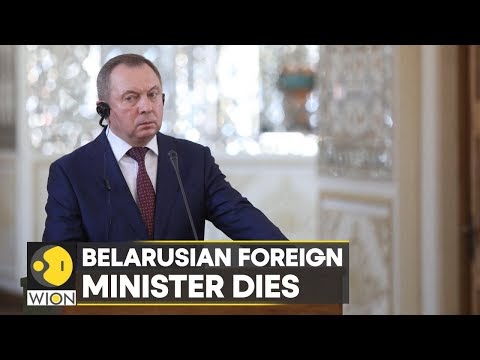 Belarusian authorities did not name the cause of death and Mr Makei was not known to suffer from any chronic illness.

Prior to becoming foreign minister in 2012, Mr Makei served as Mr Lukashenko’s chief of staff and, earlier, had worked as presidential adviser.

Mr Lukashenko offered his condolences to Mr Makei’s family, according to the presidential office.

WNU Editor: Some Western sources are speculating that he was assassinated on orders from the Kremlin …. Belarus minister who acted as secret go-between with the West ‘WAS killed by Kremlin assassins’ and ‘shaken’ dictator Lukashenko now fears for his life, reports claim (Daily Mail).

I see no evidence to indicate that he was murdered. In Belarus he was always regarded as a close ally to Belarus President Alexander Lukashenko, and a friend to Moscow.