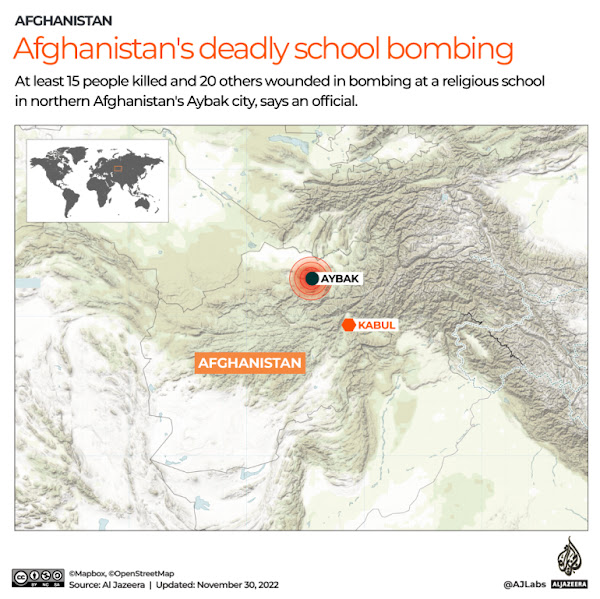 The attack occurred at 12:45 p.m., around the time of afternoon prayers An explosion in northern Afghanistan killed 15 people at a religious school in an alleged attack that the Taliban have labeled as an “unforgivable crime.”

“This is the handiwork of the enemies of the people of Afghanistan who target innocent people and children,” Suhail Shaheen, the Taliban’s permanent representative of Afghanistan to the United Nations, told Fox News Digital.

“No doubt, their true nature is revealed to the world and to the Afghan people through their gruesome and horrendous acts.”