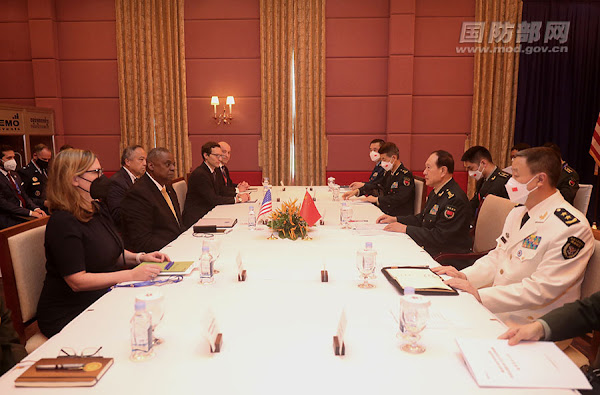 Reuters: Taiwan is at the core of China’s core interests – Chinese defence minister

BEIJING (Reuters) -Chinese Defence Minister Wei Fenghe on Tuesday told his U.S. counterpart that Taiwan is at the core of China’s core interests and was a “red-line” that must not be crossed.

“The resolution of Taiwan is a matter for Chinese people, no external force has the right to interfere,” Wei said at a meeting with U.S. Defense Secretary Lloyd Austin on the sidelines of a gathering of Southeast Asian defence chiefs in Cambodia.

Wei said the United States must respect China’s core interests and hoped it could adopt a rational, practical policy towards China, and get China-U.S. relations back on track.