I translated the pictures from Spanish to English for your viewing pleasure.  Click or zoom in to read.
The National Palace is the residence of the President and is located in Mexico City’s main square, the Plaza de la Constitución. This was the location for a press conference today by President Andrés Manuel López Obrador AMLO and Undersecretary of Security Ricardo Mejía Berdeja. 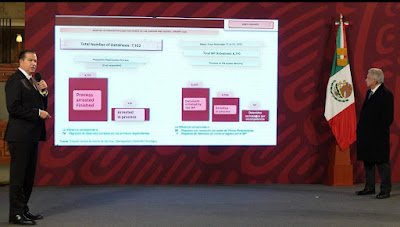 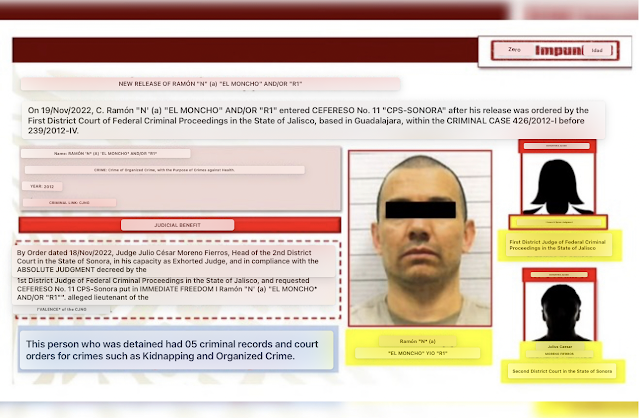 From the Zero Impunity section in the morning conference on November 24, Ricardo Mejía exhibited that a criminal has been released thanks to a Jalisco judge’s acquittal.

Although he did not say his name, he clarified that he was the first judge of the Federal Criminal Proceedings District of Jalisco, the head of this court in the state. 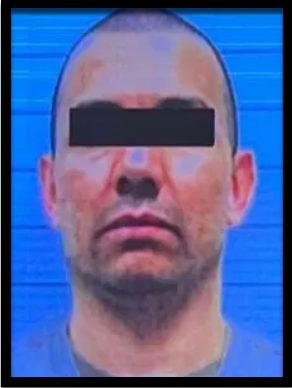 “A release ordered by a judge of Ramón N, alias El Moncho and/or R1, as it was said here, a great Saturday. Freedom is reported practically at dawn on Saturday.”
Likewise, he clarified that the judge released Ramón “N,” who belongs to the criminal group Cártel Jalisco Nueva Generación (CJNG) and was accused of organized crime
and crimes against health.

“The judge, one of the criminal proceedings of the state of Jalisco, requested the immediate release of this subject, who was first a lieutenant of the Palencia family and later of the Jalisco Nueva Generación cartel,”

According to the undersecretary, the first judge of the District of Federal Criminal Procedures of Jalisco issued the acquittal.  Then, she urged the Second District Judge of the State of Sonora to comply with the sentence.

The undersecretary exhibited at AMLO’s morning conference that the released man has 5 criminal records and several injunctions for crimes of kidnapping and organized crime.
Ramón “N” was released by 4 judges, says Ricardo Méjia. 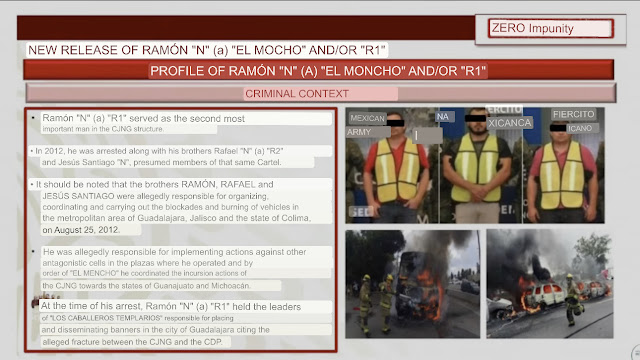 In the same sense, Ricardo Mejía exhibited that 4 more judges had already released Ramón “N,” a member of the CJNG, for different criminal cases.

These are the “helpful” judges:

“In all these processes, the modus or circumstances of the vanishing of evidence, non-appearance of witnesses, no elements in the judge’s opinion to prove responsibility, and each one of these customs was waging it until the last process was released and finally falling into this case of impunity.”

Ramón “N” would be responsible for coordinating the blockades in the Metropolitan Area of ​​Jalisco and Colima on August 25, 2020, as well as implementing actions against other criminal groups at the request of “El Mencho.”

It seems likes CDS owns the President, and CJNG owns the judges.  How does “R1”, the alleged #2 of CJNG, fit into the scene?
Is “R1” the second in command?
No, but he is a high-ranking member.
Why are you saying “R1” is the second in command of CJNG?
I am just repeating the news from the Mexican government.
Thanks for reading & Happy Thanksgiving!
🦃 Mica