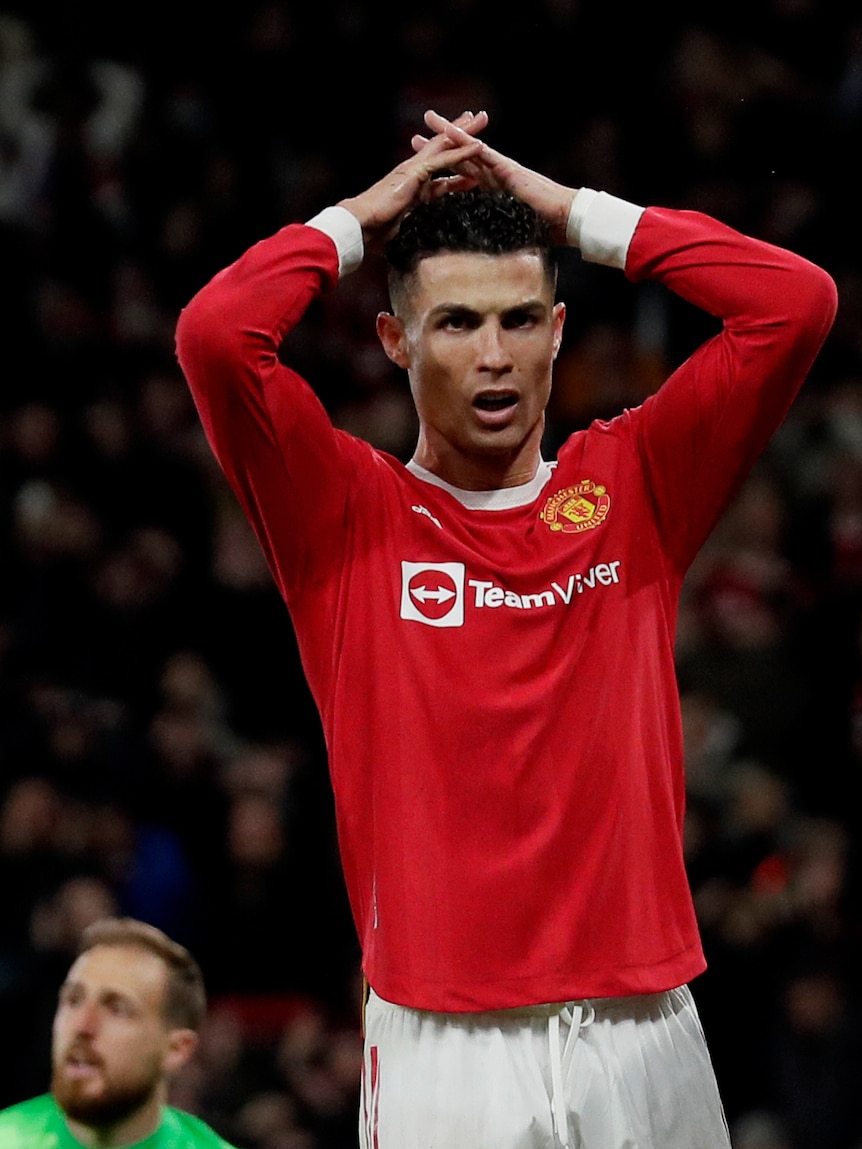 It was not known where 37-year-old Ronaldo will go next next after failing to secure a move to a Champions League club in the summer.

“Following conversations with Manchester United we have mutually agreed to end our contract early,” Ronaldo said.

“I love Manchester United and I love the fans, that will never ever change. However, it feels like the right time for me to seek a new challenge.

“I wish the team every success for the remainder of the season and for the future.”

Ronaldo, who is currently in Qatar with Portugal as he aims to win a first World Cup title for his country, had been frustrated since being reduced to a fringe member of United’s team this season.

The Portugal captain said he felt “betrayed” during the 90-minute interview with Piers Morgan, which aired on Thursday and in which he was also critical of younger players.

United said last week it had initiated appropriate steps in response to his comments, with the cancellation of his contract widely expected.

“Cristiano Ronaldo is to leave Manchester United by mutual agreement, with immediate effect,” it said on Tuesday.

“The club thanks him for his immense contribution across two spells at Old Trafford, scoring 145 goals in 346 appearances, and wishes him and his family well for the future.”

That statement did not convey the club’s dismay after the unauthorised interview.

Ten Hag had planned to address his attack at the end of the season, but may now have to look for a replacement during the January window.

There are also major moves being made off the pitch as the club tries to end a Premier League title drought that has lasted almost a decade.

The club released a statement after Ronaldo’s departure, saying the board was exploring “strategic alternatives for the club”, which could include selling the franchise.

United’s American owners, Avram and Joel Glazer, said a review would “evaluate all options” to get the team back on track.

“There can be no assurance that the review being undertaken will result in any transaction involving the company,” the club statement said.

“Manchester United does not intend to make further announcements regarding the review unless and until the board has approved a specific transaction or other course of action requiring a formal announcement.”

United currently sit fifth in the league and have not won the trophy since 2013, in legendary manager Alex Ferguson’s final season, with their last Champions League title way back in 2008.