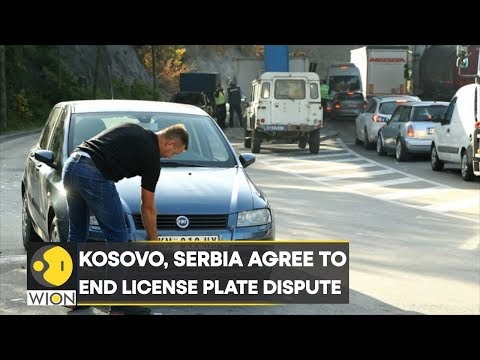 The leaders of Serbia and Kosovo reached an agreement to end their dispute over licence plates, according to the European Union’s top diplomat.

“We have a deal,” said the EU’s high representative for foreign affairs Josep Borrell in a tweet on Wednesday.

The most recent rise in tensions between the two sides is over Kosovo’s plan to begin fining thousands of motorists who currently have Serb-issued licence plates.