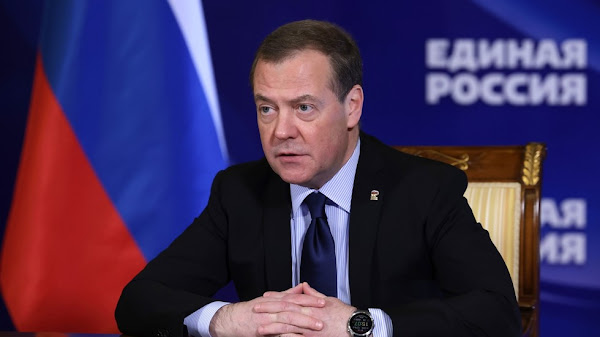 The Ukraine crisis may lead to the founding of a bloc of countries “fed up” with Washington, Dmitry Medvedev says

The continuous flow of military aid to Kiev clearly shows that the collective West is seeking to “wear out or, preferably, destroy” Russia, the country’s former president, Dmitry Medvedev, remarked on Sunday. The effort, however, may ultimately backfire for the US and its allies, he believes.

Medvedev, who currently serves as deputy chair of the Russian Security Council, made the comments in a social media post, days after a meeting at the US Ramstein air base in Germany at which Western powers pledged to continue supporting Kiev.

“The meeting at Ramstein and the allocation of heavy weaponry to Kiev leave no doubt that our enemies will be trying to wear us out for an indefinite period of time, or, preferably, to destroy us,” the ex-president wrote.

However, the prolongation of the hostilities in Ukraine may ultimately lead to the emergence of a new military bloc that brings together nations “fed up with the Americans,” Medvedev suggested.

WNU Editor: I do not see a new anti-US military alliance rising from the current crisis. But I do see the non-Western world pursuing economic alliances that will be independent from the West, and specifically away from the US dollar.