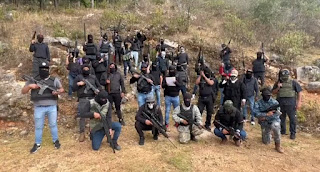 A new armed group has risen in southern Mexico giving an explanation for their sudden existence. Within this broadcast they claim to defend indigenous citizens from extortion by an opposing cartel. Their direct attack is against the Jalisco New Generation Cartel. The following video was recorded near Frontera Comalapa, Chiapas.

To all authorities, communities and indigenous representatives. We’ve gathered today, Sunday, January 22, 2023. To announce the group called Consejo Indígena (Indigenous Council). The reason for this council is to defend our communities from extortionists, kidnappers of the so-called Jalisco New Generation Cartel. We know that they are extorting our communities under the command of Juan Valdovinos Mendoza or “El Señor de los Caballos” or Vladimir Lopez Orantes.

Let it be clear that we the indigenous brothers and sisters will not allow these rats to enter. We will defend our communities and our indigenous people. Any person who mentions these names in the communities we will bring order in our ways and customs. We also address the indigenous brothers and sisters of Chicomuselo. We will support them and not allow for them to fend for themselves because they are being harassed by the organization called El Maíz.

They are dedicated to extortion and have disappeared many of our indigenous brothers and sisters. We are publicly fighting against this organization called El Maíz. Vladimir Lopez Orantes aka El Ruso is the main boss ordering executions, disappearances, fee collections, and extortions here. He is originally from the town of Santa Teresa Llano Grande, municipality of Frontera Comalapa, Chiapas. Juan Valdovinos Mendoza aka Don Juan, is the leader of the Jalisco New Generation Cartel in Chiapas. He’s a compadre of Vladimir López … 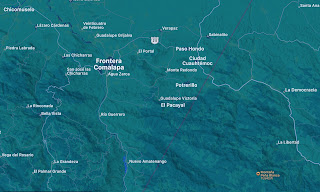