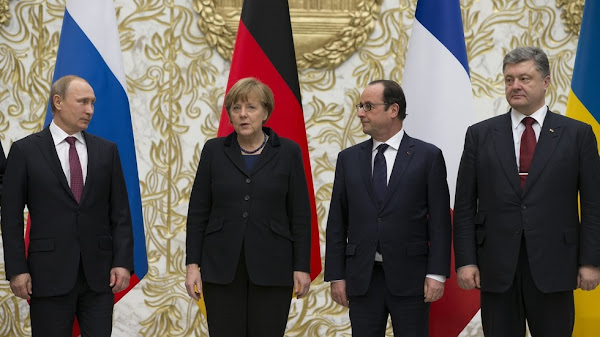 Almayadeen: Merkel: Minsk agreements were meant to ‘give Ukraine time’

German ex-Chancellor Angela Merkel reveals that in 2014, the Minsk agreements aimed to give Ukraine time to get stronger and for NATO to increase its support to the country in the face of Russia.

The Minsk accords were signed to “give Ukraine time” to strengthen itself, according to ex-German Chancellor Angela Merkel, who was in office from 2005 to 2021, in an interview published on Wednesday in the Zeit newspaper.

Merkel said “The 2014 Minsk agreement was an attempt to give time to Ukraine. It also used this time to become stronger as can be seen today.

The Ukraine of 2014-2015 is not the modern Ukraine.” According to her, “it was clear to everyone” that the conflict had been put on hold, noting that the issue had not been settled, “yet this was what gave Ukraine invaluable time.”

As to what is my take.

My father warned me repeatedly when I was growing up to never trust German leaders. I always took the opposite side, that Russian and European leaders must take the time to find common ground to reach a deal.

Sighhh …. my father was right.

It is going to take generations before Russian leaders ever trust European leaders again.