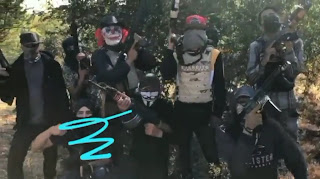 A heavily armed 9 man team of young enforcers from the Cartel del Golfo (CDG) present themselves on film announcing their presence in the state of Guanajuato.

Within this broadcast they proclaim to be the Grupo Escorpión, an armed wing for the CDG, in support of José Antonio Yepez Ortiz aka El Marro. Threats of ominous violence are specifically directed against the Jalisco New Generation Cartel.

Sicario #2: Have courage. We are the absolute mob of Mr. Marro. We’re in position here. For all the federal pieces of shit, your worlds will be turned upside down. The state of Guanajuato belongs to Marro you son of bitches. We’ve already demonstrated to everyone that you guys can’t handle us. Nor will you ever be able to overcome us. We’re going to keep destroying you fucks until you sons of bitches learn not to involve yourselves in bullshit. We are the absolute mob of Mr. Marro.

Sicario #2: You assholes. We are the Scorpion Group, armed wing for the Gulf Cartel (CDG), in support for Marro. On behalf of El 19. You bitches, we, the Grupo Escorpión, are currently in position here. Come on out to face the bull you piece of shit Jaliscos. We’re currently looking for all you assholes. We’re coming after everyone and your heads will be cut off. 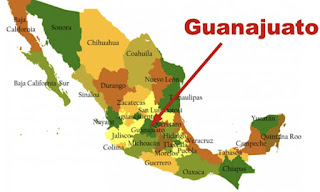