La Plaza’s El Chuchuy and 4 Others Arrested in Guaymas, Sonora 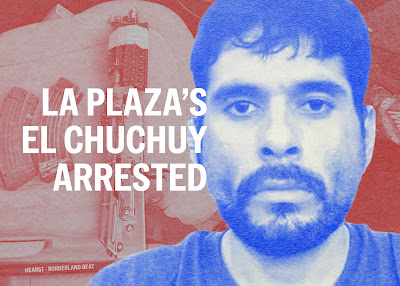 On November 8, 2022, social media posts started appearing which showed a large number of military personnel in the middle of an operation in the coastal city of Guaymas. A few hours later, there were online rumors claiming that La Plaza figure Jesús Antonio González Santoscoy, alias “El Chuchuy”, had been arrested in the aforementioned operation. 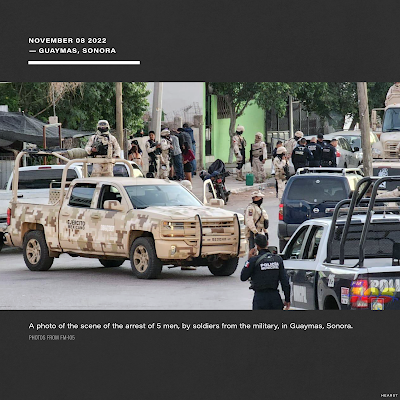 “5 ‘generators of violence’ arrested in Guaymas. Yesterday afternoon, in a joint operation between SEDENA and State Police, in the Miguel Hidalgo neighborhood of Guaymas, 5 men were arrested and a vehicle, a high-powered weapon, and ammo were seized.

Everything was handed over to the Attorney General’s Office, who will carry out the corresponding investigations.”

The Attorney General’s Office has yet to make a statement about the charges they plan to bring against the detainees (if any) or detail the detainees’ names. There are, however, online rumors about the names of all five of the detainees. 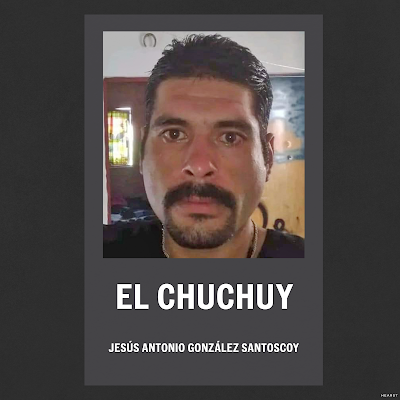 The cartel news Twitter account Calvarie Locus reports that the rumors allege the men arrested are the La Plaza members:

An Alleged Version of Events that Led to Their Arrest

Just one news source reported further details about what led to their arrest. FM105, a local radio station, wrote an article in which they allege that the detainees were caught at a military checkpoint on Lago Toronto Street, in front of the Francisco L. Llano elementary school. These checkpoints have appeared recently on major boulevards in cities in south western Sonora, as well as on the Guaymas-Empalme highway.

They may have been placed close to elementary schools in particular due to a recent high-profile video in which elementary school children are seen hiding under their desks in their classroom as a cartel shooting occurred just outside the building. That incident took place in Empalme, the town right next to Guaymas, just last month, and can be read about further in this previous article. 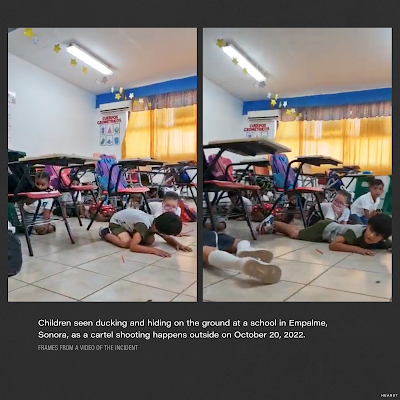 According to FM105, men aboard a vehicle approached a military checkpoint on November 8, 2022. They were asked to step out of their vehicle by soldiers and because they appeared nervous, their vehicle was further searched. Inside the vehicle, they found drugs, firearms, and ammo stashed inside of a backpack, so they were subsequently arrested. 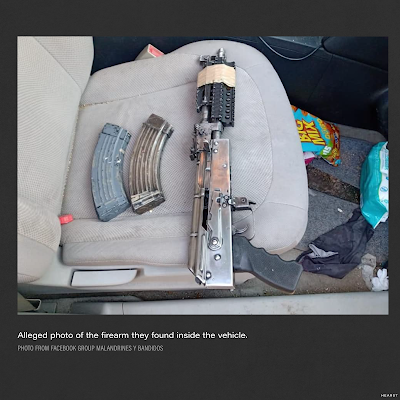 The FM105 article only mentions three, not five detainees, in their report however the school they mention is within the Miguel Hidalgo neighborhood – matching up with details from Sonora Public Security, so they appear to be describing the same incident. 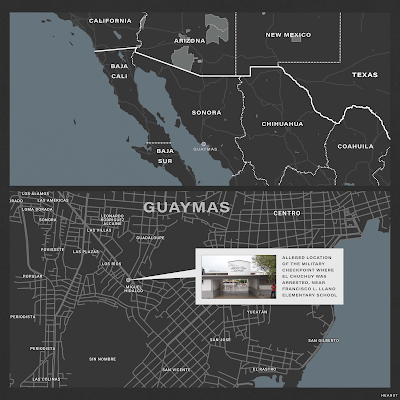 The Facebook group Malandrines y Bandidos, much like Calvarie Locus, claims that one of these men is the aforementioned Jesus Antonio González Santoscoy, alias “El Chuchuy”, the head of hitmen for a La Plaza cell that operates in the area. They say that he was driving a stolen 2010 gray Nissan Rogue with a license plate from Arizona. 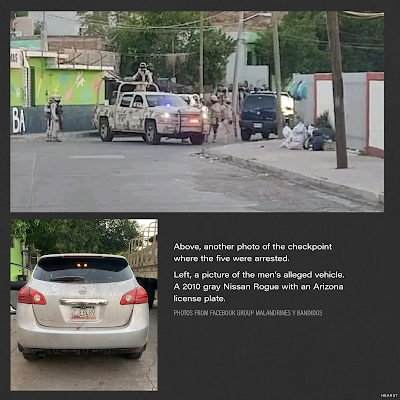 Calvarie Locus and ‘Malandrines y Bandidos’ allege that Chuchuy is the son of a corrupt municipal officer named Carlos González, alias “El 06”. They also allege he is the brother of Carlos González Santoscoy, another La Plaza narco. 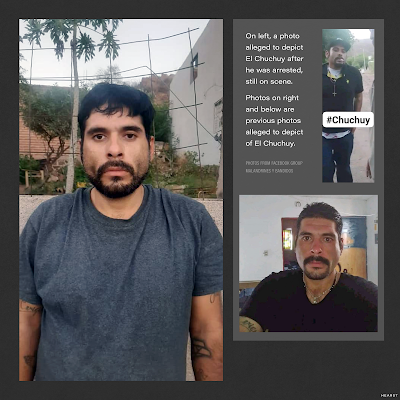 It’s being alleged online that El Chuchuy is one of the men seen in the first video in this previous story, wherein cartel members harass a civilian they pulled over on a roadside.