Many Nations Believe Their Country Is On The Wrong Track 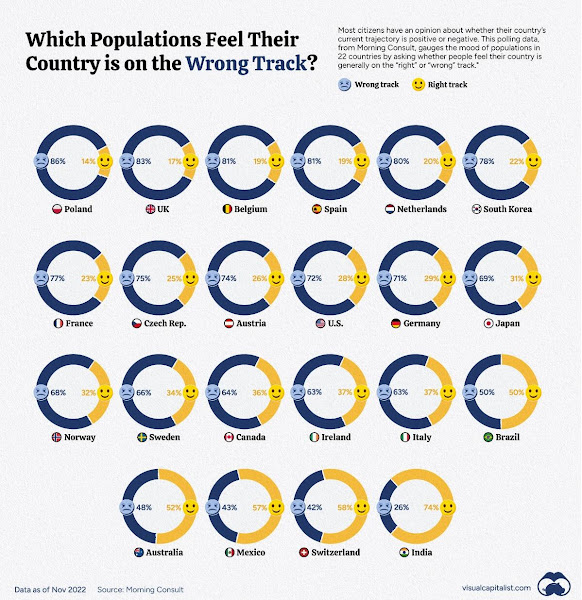 Zero Hedge: Which Populations Feel Their Country Is On The Wrong Track?

Plato once used the allegory of a Ship of Fools to push for his vision of a wise philosopher-king as the ideal pilot for a ship of state.

Looking at the most recent numbers from Morning Consult Political Intelligence’s Projections of Country Trajectories, you would be forgiven for thinking that a great many people believe that their ship of state is piloted by fools.

As Visual Capitalist’s Chris Dickert and Nick Routley detail below, with the impact of the pandemic, rising inflation, and growing geopolitical instability, it’s probably not surprising that most respondents feel their countries are on the wrong track; India and Switzerland were notable exceptions.

WNU Editor: I am one of those who definitely believes his country (i.e. Canada) is on the wrong track.