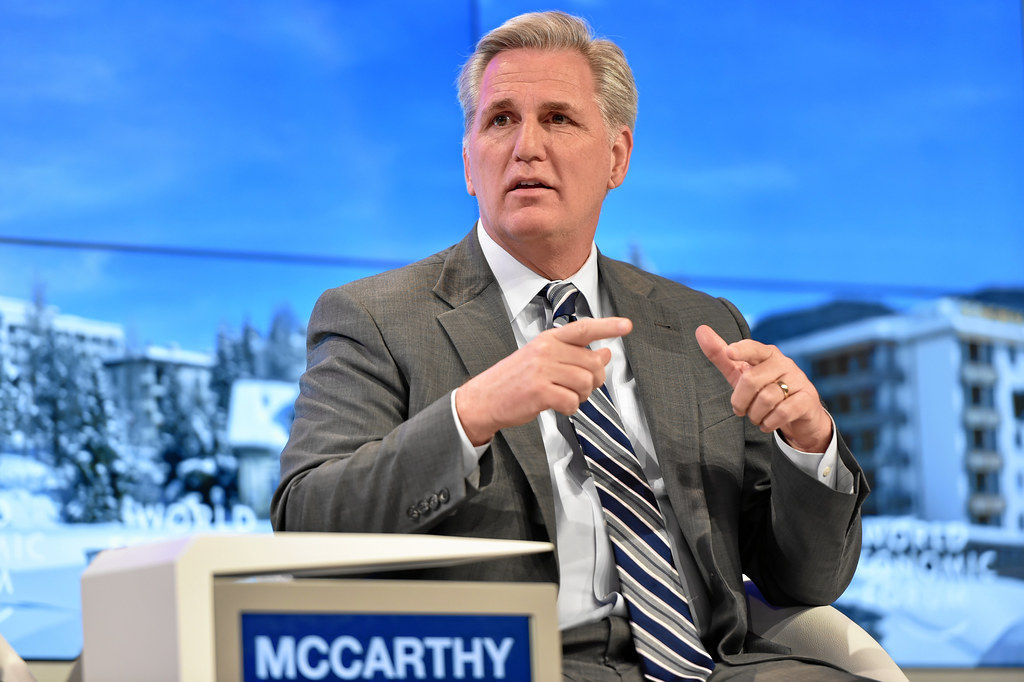 A House Republican revealed at least a dozen Republicans intend to vote against Republican Rep. Kevin McCarthy as the anti-Trumper makes a bid for House Speaker.

“I believe we have at least a dozen or so… that will do what needs to be done on the House Floor to ensure that we get an improvement in the Speaker situation,” Rep. Bob Good told John Fredericks, a political radio host.

“You know he’s going to be making deals left and right, as we speak, he’s on the phone now making deals – that’s how he got MTG, right. [McCarthy] cut her a deal…but you’re telling me you got a dozen ‘hard nos’?” Fredericks asked Rep. Good.

“I believe…that there’s a dozen or so who will show the steel courage that’s needed…that will not be persuaded. I hope that it’s more because I will tell you John…we got five or six, [a] handful of freshmen [congressman] who’ve come in who’ve shown some real steely resolve, some real courage. Because, when you get here John, you’re told, and I’m in DC now…but pressure gets on those freshmen [congressmen] coming in, ‘hey you better be careful, you better watch out, don’t be part of the Freedom Caucus, you know, because then you’re gonna fall out of favor, you’re gonna have consequence, you’re not going to get committee assignments you want, you’re not going to get the money that you want, you’re not going…to be promoted by leadership.’” Rep. Good explained.

“But we’ve got some freshmen come in who I think are going to join the ranks and I think we’re going to be strengthened there. And what will be interesting to see is what happens as a result of the 31 who didn’t vote for him [McCarthy]. It’ll be an interesting few weeks…” Good continued.

“49 days from today we’ll all go on the House floor and we’ll declare to the country who we support for leadership and we’ll declare to the country ‘do we reflect the base?’, ‘do we reflect those who sent us here?’, ‘are we truly going to do all we can to fight for the things we said we’re gonna fight for?’, ‘are we going to do everything we can to block and undo the Biden agenda with the power of the purse and the power of oversight and the power of funding and the ability to pass legislation through the House and demand that he sign it or let him shut down the government or let Schumer/McConnell shut down the government if they don’t pass what we pass in the House?” Good concluded.

Good, who is a hard no, says there are a dozen or so hard nos who will vote against McCarthy for speaker. https://t.co/Bth1veeRPA

LISTEN to the full interview below:

McCarthy needs 218 floor votes to win the Speakership. With Republicans being expected to hold 222 floor spots, a dozen “hard no” votes against McCarthy will force the California representative to scramble for votes, potentially from Democrats.

The House Freedom Caucus is making moves to push for a congressional rule change that could allow any House Republican to make a motion, at any time, to vacate the speaker’s chair McCarthy is set to take.

“Every member of Congress was elected to legislate on behalf of their constituents. To do that, members must be able to hold their own leadership accountable,” Rep. Biggs, the former head of the Freedom Caucus said of the push.

The ability to vacate the chair would allow America-First Republicans to hold McCarthy accountable for his leadership.

In 2015, the then-Freedom Caucus Chairman Rep. Mark Meadows (N.C.) threatened to make a motion to remove Republican Speaker John Boehner from the Speaker chair after Boehner voted against a trade bill.

While Boehner supporters in the House prevented the motion from reaching the floor, Boehner ultimately resigned three months later, presumably due to pressure from the unrelenting Freedom Caucus.