Russia Has Military Supremacy In The Arctic 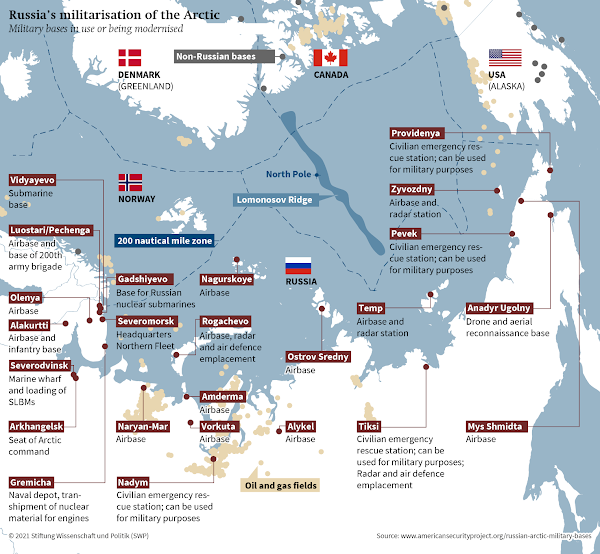 Reuters: NATO allies wake up to Russian supremacy in the Arctic

(Reuters) – The world’s largest satellite ground station, on the Svalbard archipelago off Norway, is used by Western space agencies to gather vital signals from polar-orbiting satellites.

This January, one of two fibre-optic cables on the Arctic seabed connecting Svalbard to the mainland was severed.

Norway was forced to rely on a back-up link. In April 2021, another cable – one used by a Norwegian research laboratory to monitor activity on the Arctic seafloor – was ripped away.

“This could have happened by accident,” Norway’s defence chief Eirik Kristoffersen told Reuters in response to the ruptures, which received little media coverage outside Norway. “But the Russians are capable of cutting cables.”

WNU editor: There is a NATO presence in the Arctic, but it is dwarfed by the Russian presence …. NATO frigates shadowed outside Russia’s Arctic submarine bases (Barents Observer). And we have no one to blame but ourselves. That while Russia has been making a huge commitment to develop the Arctic, Nation countries like Canada have not …. Auditor general finds aging icebreakers, aircraft hamper monitoring of Arctic waters (CBC).