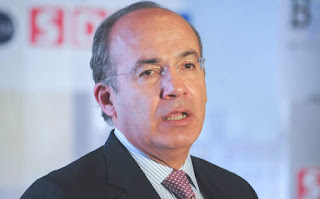 Jesús Cantú, a Michoacan journalist, repressed by Felipe Calderón for criticizing the “war on drugs” as a farce, and imprisoned, was able to interview and observe the top criminals arrested in Puente Grande Jalisco. He now investigates the role of the Attorney General’s Office, Alejandro Gertz Manero.

The prosecutor’s history is relatively secret, but linked to the country’s wealthiest elites.

Grandson of Nazi sympathizer merchants, persecuted between 1939-1950 by Avila Camacho and Miguel Aleman (the most corrupt President in the history of Mexico), Gertz lived under the mantle of a fortune inherited from two brothers, Federico and Alejandro. The Prosecutor has a dark past in the fight against drug trafficking, in the midst of the quagmire that this means in Mexico; an example was the “Culiacanazo”, where Gertz should have led the capture of El Chapito and his henchmen, but strangely left this task to the Army and Navy, with terrible results.

Why did he deny his responsibility in the operation? Gertz had been active in the past with Sinaloa cartels; and if he had credibility with the DEA, and was named the first anti-drug czar in the fight against drugs, he was removed for protecting double agents and serious “conflict of interest”. The DEA’s own indication brought him down. The narco has been a hard nut to crack for decades. He was a trusted official with Salinas, Zedillo, Fox Calderón and Pena Nieto.

His entry into government service was through the front door. Taking advantage of his father’s excellent relations, he was patched up in federal secretariats to arrive on a Persian carpet and under the protection from up above. His academic background is excellent in terms of capabilities and performance, which is why he simultaneously held several positions in federal agencies. An aviator “justified” by the protection of his godfathers, performance and results. Something unusual in official positions that the young servant was “fought” by his bosses.

He has a long list of errors, omissions that violate the sense of justice, which society has detected in 4 years of exercise in this strategic area “against impunity”. Serving himself with the spoon of personal justice to “settle” accounts with his former sister-in-law for the death of his brother and an alleged mistreatment and neglect in his convalescence. The author reveals the edge of revenge that motivates him to have the power of an institution that has key pending issues such as 170 tax evaders’ files that have not been touched to date. This is in the face of a frozen Fiscal Reform that deprives the State of indispensable resources for infrastructure and welfare.

It deals with the frank money laundering in the national professional soccer circuits, where it only touches on one case, that of the Tiburones Rojos de Veracruz, but the rest it “forgave”; not touching Televisa and TV Azteca regarding the shady financing, a delicate issue. On the one hand they tolerate these illicit acts against the economy, but on the other hand they pretend to attack the narco with all the forces of the State, a contradiction, to allow investment in banks, construction companies, sports, commerce, etc.

The family, descendants of President Aleman who defrauded the SAT in the Interjet airline, reached the grandson of the former president (Miguel Aleman Magnani), but also wanted to do justice with Aleman Velazco, the real estate king; but the arm of justice did not reach him. There are hundreds of cases of mockery of the SAT (and Mexicans who do pay taxes), but they are untouchable. Gertz is compared to a turtle, but he has a team of collaborators in the prosecutor’s office with dark backgrounds.

The intrigues and sinister measures to end the career of the Head of the Financial Intelligence Unit Santiago Nieto (SN), the character with a brilliant role in his exercise, was hit by false investigations, ill-intentioned, defamed for his leading role in the persecution of criminals who damage the finances of the State. SN’s blunder was a scandalous wedding, which is estimated at 350 thousand pesos spent, excessively sumptuous, in Guatemala. His consort Carla Humphrey, electoral counselor of INE, with unpresentable guests. This trap was his media collapse, forcing him to resign from a key task.

The Prosecutor can only be removed by the President and remains untouchable, despite this heavy dossier.

A merciless fight between the former Secretary of the Interior Olga Sanchez Cordero and the jurist legal advisor of the presidency Julio Scherer Ibarra, where Gertz used false accusations as he did with Santiago Nieto, in which the first two literally fell, Olga went to the Senate and Julio went home.