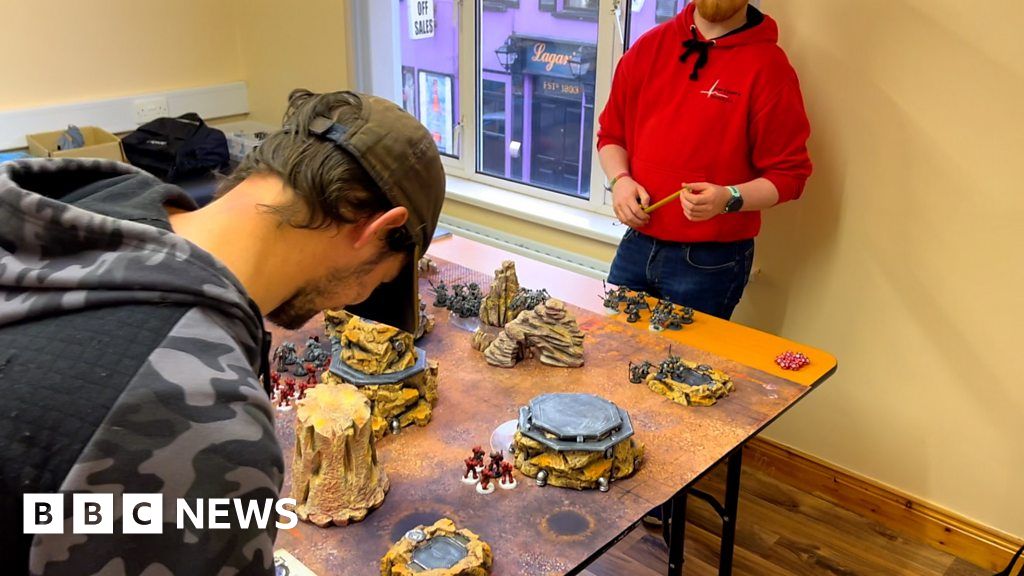 A rural village in County Tyrone has become the unlikely setting for a board game club that has been growing in popularity.

The Mid Ulster Gaming Club started in Pomeroy with four people but now has more than 30 members.

The group play a wide range of table-top games including popular titles such as Dungeons and Dragons.

Some members of the club have autism spectrum disorder and say it has helped them address issues around social isolation.

The club received grants from the National Lottery Community Fund to help reduce loneliness and improve the wellbeing of members.