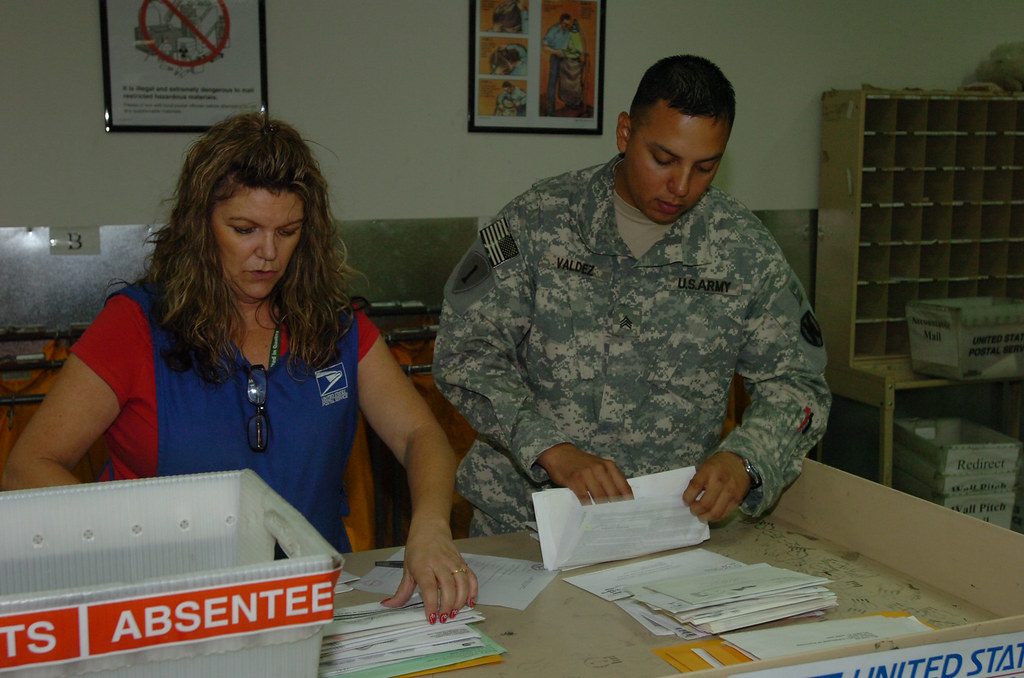 A recently fired Milwaukee elections official told investigators that she requested three military ballots in the names of voters who do not exist and had them sent to a state lawmaker’s house. Kimberly Zapata, the former Milwaukee Election Commission deputy director, is now facing three counts of misdemeanor election fraud and one count of misconduct in office, a felony.

Her responsibilities included supervising registration and all aspects of absentee/mail-in ballots. With Zapata’s firing and subsequent arrest, those responsibilities will now be handled by Woodall-Vogg.

Zapata’s annual salary as deputy director was $87,776, the city reported.

BREAKING: The deputy director of the City of Milwaukee Election Commission, Kimberly Zapata, has just been fired for committing election fraud.

Zapata sent a large amount of military ballots in the names of people who don’t exist to the Assembly Elections Committee.

According to a criminal complaint, Zapata went on the MyVote website from her home to create fake voters. A little after 5:00 a.m. on October 25, Zapata allegedly submitted three applications under three different names at randomly selected addresses n Shorewood, South Milwaukee and Menomonee Falls.

The Milwaukee elections official then sent the fake applications to GOP State Rep. Janel Brandtjen in what Zapata claims was an exercise meant to demonstrate how easy it is to commit fraud.  Brandtjen, the chair of the Assembly Committee on Campaigns and Elections, has repeatedly questioned the 2020 election results, which featured late night ballot uploads in Milwaukee.

The complaint states that Zapata wanted to redirect Brandtjen’s focus “away from outrageous conspiracy theories and to something that is actually real,” the Milwaukee Sentinel Journal reported.

It also states that “Zapata stated that she felt overwhelmed due to the threats of violence the Election Commission was receiving, in addition to the constant daily harassment and accusations of lying and hiding things. She stated she wanted the truth to come out so that they could focus on the actual problems.”

After the Milwaukee elections official was arrested and charged with fraud, Rep. Brandtjen filed a lawsuit to sequester military ballots. “Now that we know just how easy it is to illegally acquire military ballots, I’m asking the courts to confirm active military status until we can close these loopholes,” Brandtjen said. “We all want to protect our military members from having their valor stolen in such a despicable fashion,” she said.

That request was ultimately denied by a judge, who said it would be a “drastic action.”