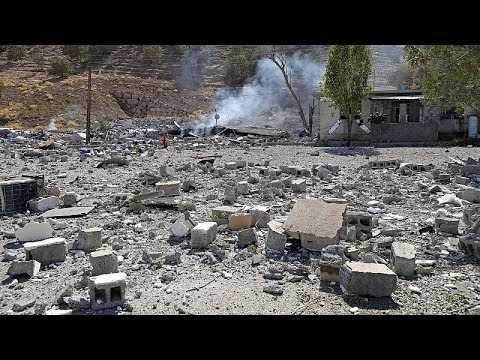 Eleven people have been killed in Syria, including one journalist, after Turkish warplanes carried out an “air operation” in the country and neighboring Iraq late Saturday, according to an official from the US-backed Syrian Democratic Forces (SDF).

There have not been any casualties reported from the Iraqi side. Turkey’s new cross-border offensive, dubbed “Operation Claw-Sword” by its defense ministry, targets the Kurdistan Worker’s Party (PKK), PYD People’s Defense Units (YPG), and Union of Communities in Kurdistan (KCK), reported state-run news agency Anadolu.

WNU Editor: The big worry is over concerns that Turkey will be launching a ground offensive into Syria and Iraq soon …. Erdoğan signals ground operation against terrorists in Syria, Iraq (Daily Sabah). More here …. As Turkey gears up for Syria, Iraq invasion, can the US stop them? – analysis (Jerusalem Post)

Turkish strikes in Syria kill at least 31 people, according to NGO — Euronews