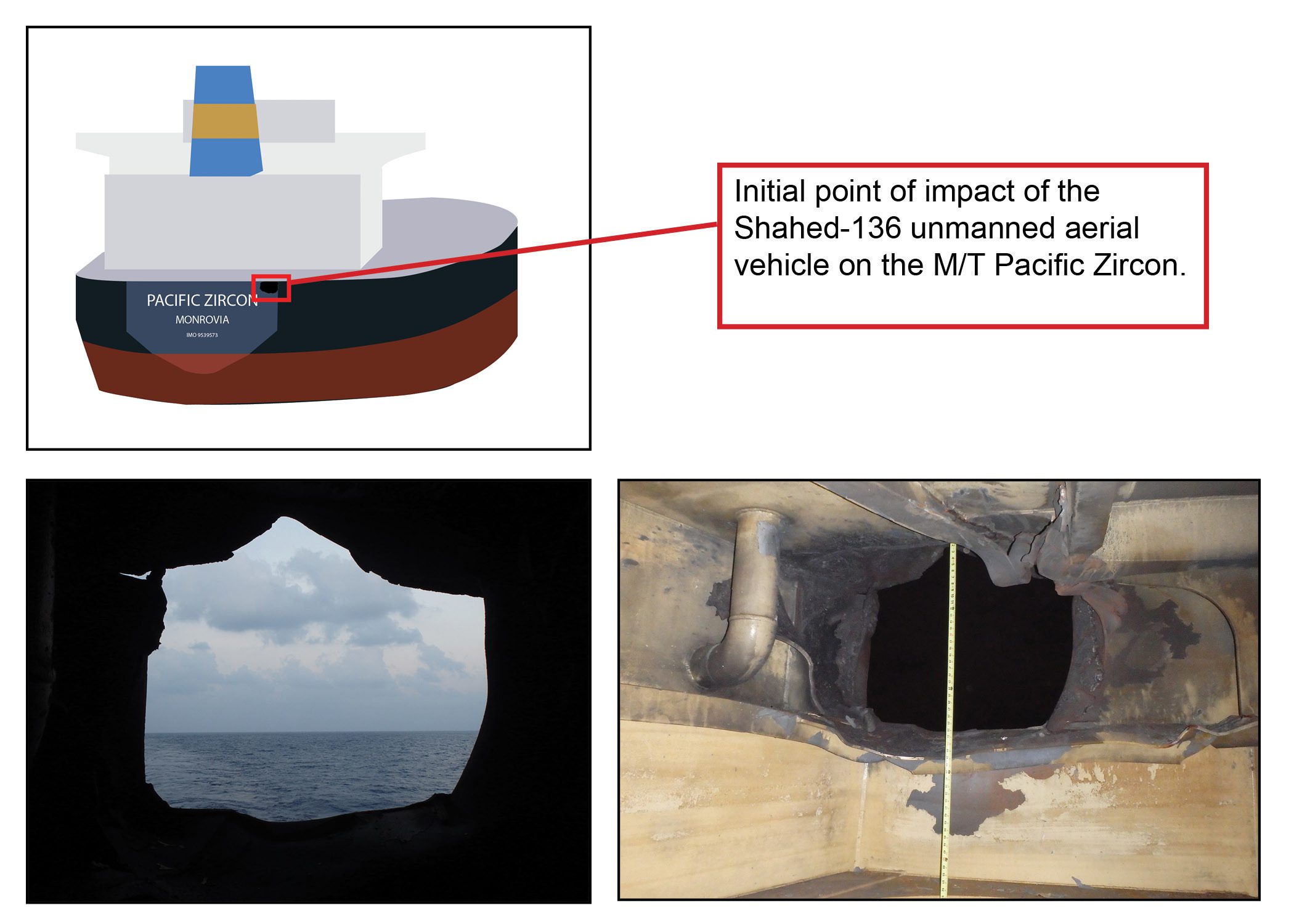 A U.S. Navy analysis has confirmed that an Iranian drone was behind the November 15 attack on a Liberian-flagged commercial tanker transiting international waters in the Middle East.

Two U.S. Navy explosive ordnance technicians boarded M/T Pacific Zircon the day after the attack to assess the damage and collect unmanned aerial vehicle (UAV) debris fragments for forensic analysis. The evidence was taken to a lab at the 5th Fleet’s headquarters in Bahrain where technicians confirmed Iran’s connection to the attack.

The drone that hit the tanker was identified as a Shahed-136 UAV, fitting a historical pattern of Iran’s increasing use of a lethal capability directly or through its proxies across the Middle East. Iran has supplied aerial drone technology to the Houthis in Yemen used in attacks against Saud Arabia and the United Arab Emirates earlier this year. The Shahed-136 platform is the same aerial drone Iran has supplied to Russia for use against Ukraine, the U.S. 5th Fleet said in a statement.

The confirmation confirms preliminary suspicions held by the U.S. government that the drone was Iranian.

The explosive-laden drone attacked the Pacific Zircon at approximately 7:30 p.m. in the Northern Arabian Sea, tearing a 30-inch-wide hole into the back of the ship and penetrating and damaging internal compartments. The UAV’s explosive impact also damaged a shipboard boiler, potable water tank and life raft.

Cooper also serves as the multinational task force commander for the International Maritime Security Construct, a 10-member naval coalition whose forces provide maritime security near the Strait of Hormuz and Bab al-Mandeb.