U.S. Troops Have Now Shfted To Combat Mode In Lithuania 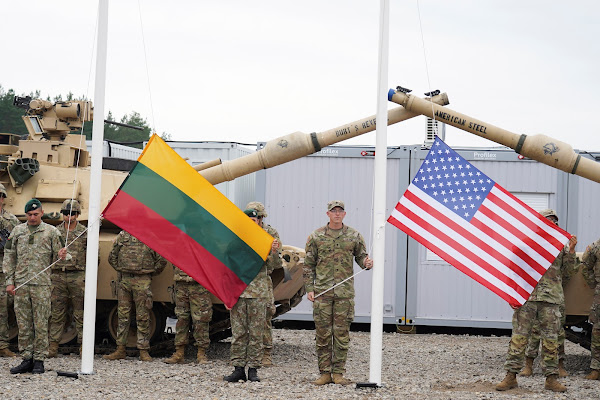 Al Mayadeen: US troops in Lithuania shift from deterrence to combat mode

Lithuania’s Chief of Defense Lt. Gen. Valdemaras Rupsys said on Friday that American troops stationed in Lithuania have shifted from deterrence to combat mode in light of the escalation of the conflict in Ukraine.

“Earlier, the key factor was deterrence… Then, there were forces that were mainly responsible for training us, getting familiar with the place, conducting tactical tasks.

And now, when the situation has changed, those troops and equipment are deployed so that they could be used in a fight immediately,” Rupsys told Lithuanian National Radio and Television.

The Lieutenant claimed that the growing presence of US military forces across the European continent is an outcome of the current situation and “enemy threats” and does not imply that US forces are switching to active defense.