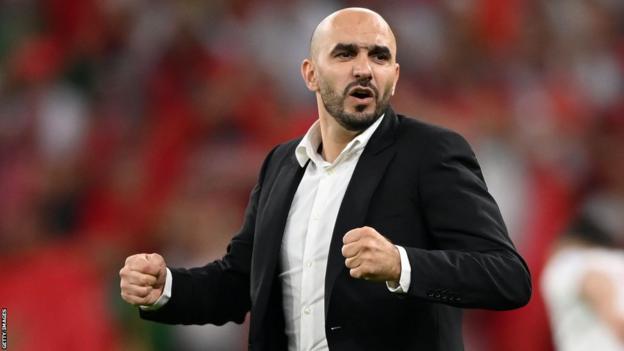 Morocco manager Walid Regragui says it “would be an error” to play for a draw against Canada as they aim to get past the World Cup group stage for just the second time.

In their final group game, the Atlas Lions face a Canada side already out after losing to Belgium and Croatia.

“We are coming up against a team with nothing to lose,” said Regragui.

“They will be giving it everything right up until the final whistle.

“If we are looking for the draw, that would be a mistake. It would be an error to go into the match thinking you only need to give 20 or 30% because the draw is fine for us.”

Canada are still waiting for their first World Cup point, having lost all three games on their previous appearance in 1986.

“Football people were wondering how we were going to show up,” said boss John Herdman. “I think we showed up on the front foot and that will be our approach again.

“We will stay committed to our identity and we will go into this match with an opportunity to make some more history.”

Yassine Bounou is expected to be available for Morocco after being replaced shortly before kick-off against Belgium.

The goalkeeper, 31, was feeling dizzy, although his replacement Munir Mohamedi helped Morocco to a famous 2-0 win.

Winger Junior Hoilett could return to the starting line-up for the Maple Leafs, who are co-hosting the 2026 World Cup with the United States and Mexico.

Morocco have really impressed me at this tournament, especially with their fitness in their win against Belgium, and they have now gone six games without conceding a goal.

Canada got off to a good start against Croatia, but just fell to pieces and are out.

They are not going to change the way they play and I just think Morocco will overpower them – maybe in a similar way to how they beat Belgium, with a couple of late goals. 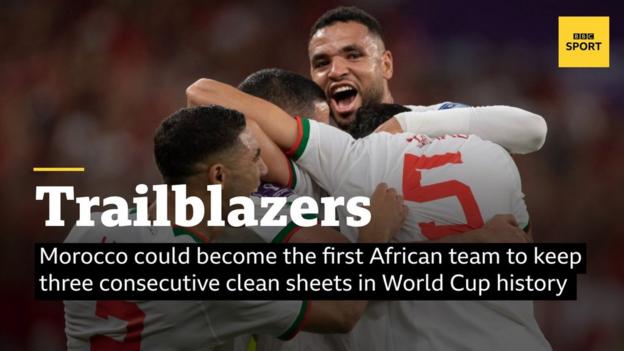