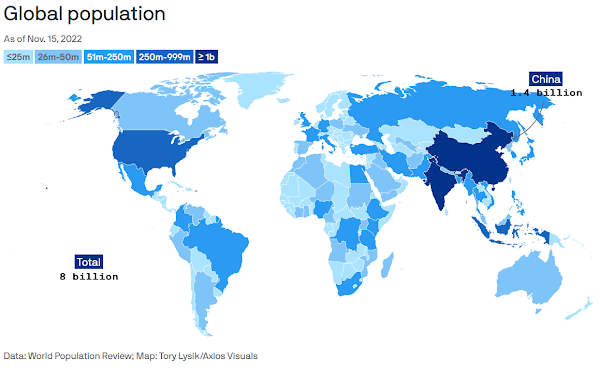 Axios: The human race at 8 billion

Eight billion humans are living on planet Earth — a huge milestone officially projected for and being recognized Tuesday by the U.N.

Why it matters: People are living longer, with generally better access to health care, food, clean water and sanitation than in past generations. A smaller share of humans live in extreme poverty.

* There are still challenges — ongoing ramifications from the pandemic, a record number of forcibly displaced people and worsening climate change.

* “Some express concerns that our world is overpopulated with far too many people and insufficient resources to sustain their lives. I am here to say clearly, that the sheer number of human lives is not a cause for fear.”