95yo Marion will win gold in all her swim events 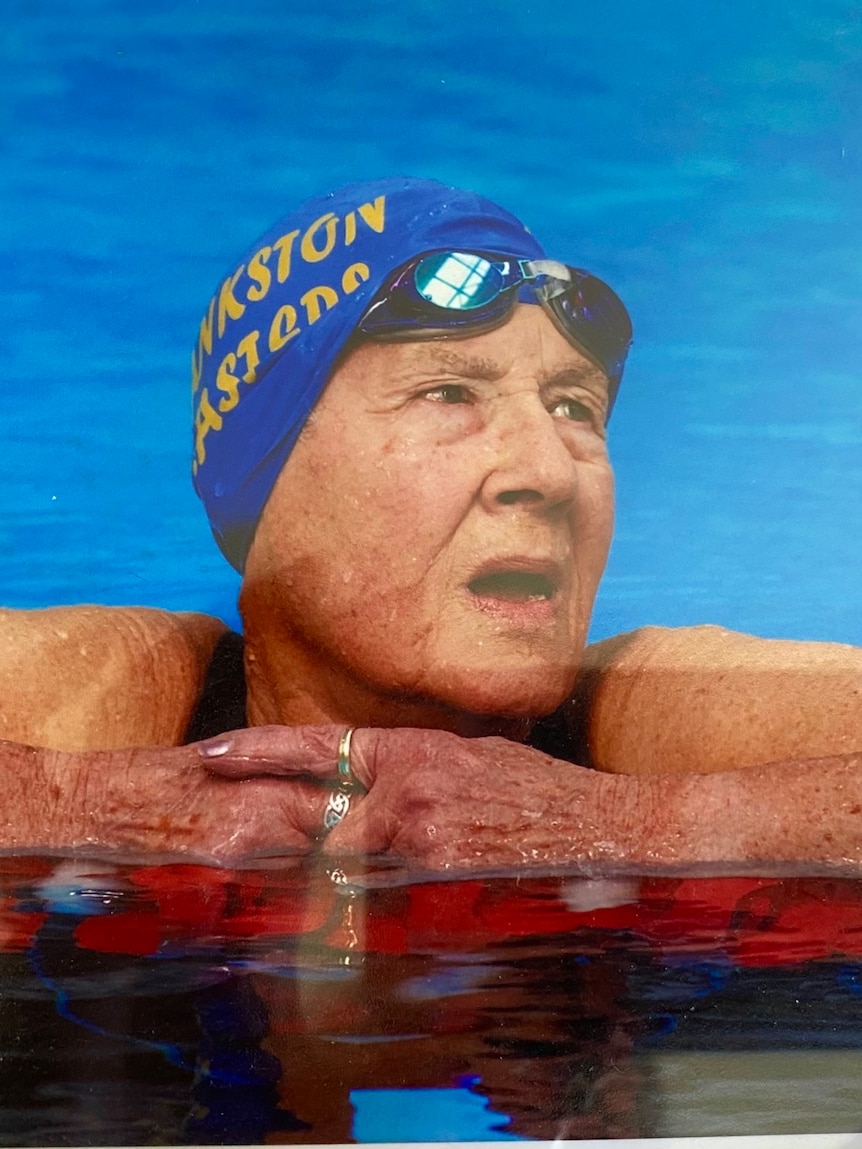 If you are thinking about putting your feet up and relaxing, 95-year-old swimmer Marion Beulke has a message for you: “That’s the surest way out the door”.

Marion is the oldest competitor at the 2022 Pan Pacific Masters Games on the Gold Coast and has no time for people who say they are too old to get active.

“We’re inclined to sleep more at this age, and that is dangerous,” she said.

Marion took up competitive swimming aged 75 when she saw an advertisement about Melbourne hosting the World Masters Games.

“The Worlds was in Melbourne and I thought I would have a go,” she said.

“I had no idea where I would come.”

A bronze medal in the 400-metre freestyle was enough to spur two decades of dedication to the sport.

“I love swimming because the water is supporting you.

“All you have to do is float and move your arms and legs and breathe. That’s all.”

Marion is competing at six events on the Gold Coast with a guarantee that she will bring home six gold medals because she is the only swimmer in her age group.

Marion admits her weekly training schedule has dropped back to once a week, increasing to twice a week when she is gearing up for a competition.

“You don’t choose [when to train] at 95 years old because your body and mind really choose for you,” she said.

“But you always think, ‘Give it a go’ because you don’t know what you can do until you do it”.

Bury me with my medals

Marion jokes with her support crew and daughter Joanne about what she will do with all of the medals that she has won in the past 20 years.

“The girls said they were going to put all of my medals — I’ve got a drawer full of medals — in my coffin,'” she said.

“But I said, ‘No, that would be too heavy and maybe you’ll bury them on top of the coffin’.

“You’ve got to have a sense of humour.”

An announcement that the Pan Pacific Masters Games will be trialled as an annual event gives Marion another opportunity to compete next year.

She said she wouldn’t commit to returning in 2023 because she relied on the support of her daughter for mobility.

“It all depends on how I feel and whether I can get somebody to look after me.”