‘I didn’t want my hand to be raised’: The Olympic and world title fights that should be re-examined next 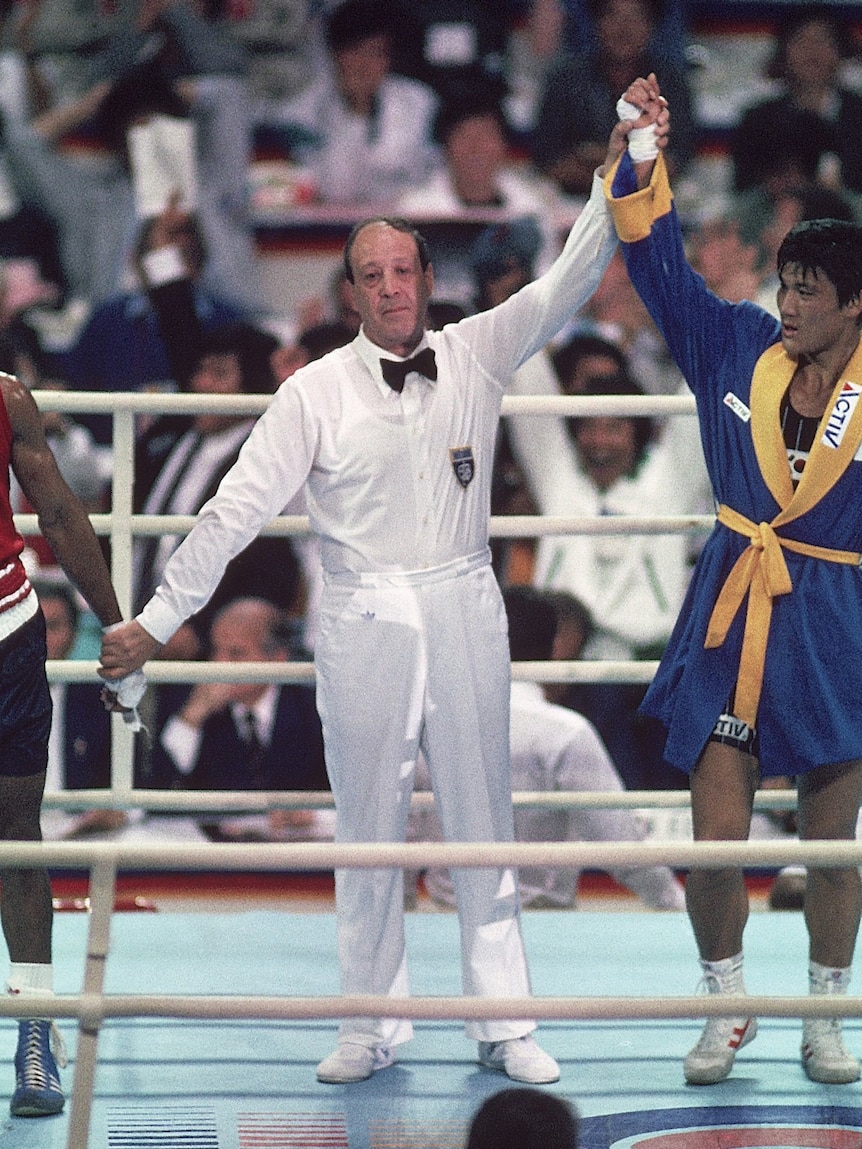 Australian boxing fans should be grateful.

A historic wrong against one of our own has been rectified.

Jeff Fenech has had his controversial WBC super featherweight title defeat to Azumah Nelson in 1991 overturned.

Fenech can now add the super featherweight title to his bantamweight, super bantamweight and featherweight crowns, putting him in rarefied air as one of the few four-weight world champions in boxing history alongside the likes of Thomas Hearns, Sugar Ray Leonard, Roberto Durán, Pernell Whitaker and Roy Jones Junior, among others.

The Marrickville Mauler had to wait more than 30 years to get his result changed, but his is a rare case where justice appears to have been done.

After all, Fenech is far from alone in having been “robbed” by judges ringside.

As is the case with any subjective sport, not everyone is going to agree with every decision that’s made.

And not every close fight is a robbery.

Styles make fights and some judges prefer certain styles to others.

Of course, historically, challengers have often had to do more than be just as good as the defending champion to take the belts, and it’s an acknowledged challenge that home-town boxers will more often than not get tight decisions go their way.

But there have been some absolute stinkers in boxing’s long and venerable history.

Given the WBC appears to be in a reflective, mood, here’s a list of other matches that might need redressing with some retroactive judging.

The problem is, something is afoot.

Ramirez was set for an all-Mexican unification fight with Juilo César Chávez (we’ll get to him in a bit) and just needed to retain his title against this upstart American.

And guess what? Retain his belt he did.

“[José Sulaimán, the WBC boss] is nothing but a goddarn thief,” Whitaker’s trainer Lou Duva shouted during a post-fight interview.

Fortunately for Whitaker, he did not let this controversial defeat get to him, and he thrashed Ramirez in their rematch little over a year later.

Being dudded by the judges once is harsh. Twice? That’s uncalled for.

Whitaker had moved up by this time in his career, winning belts at lightweight, light welterweight, and welterweight.

Next up, was a contest with the best pound-for-pound fighter on the planet, Mexican great Julio César Chávez.

The Fight, as it was billed, was actually pretty one sided to everyone watching — except two of the three judges, who scored it a 115-115 draw, meaning a majority draw that left nobody satisfied.

“I’m glad we’ve got TV and millions of viewers watching this one. It’s a win for me because the public gets to decide,” Whitaker said.

Sadly, it doesn’t work that way.

The answer is, resoundingly, yes.

The WBO welterweight world championship belt was on the line between Manny Pacquiao and Timothy Bradley in Las Vegas in June 2012.

Sadly, it was barely a contest.

Bradley, an unbeaten American who had moved up from junior welterweight for the chance for a payday against the great Filipino, was played with by Pacquiao throughout the 12 rounds.

When Michael Buffer said in his own indomitable style, “we go to the judges scorecards,” everyone felt the result would be a formality.

Spoiler alert — it was not.

Boos rained down from the stands.

Promoter Bob Arum said it was “outrageous” in a post-fight interview and it’s hard to say he was wrong.

This was not Jeff Horn edging Pacquiao in Brisbane several years later — this was a genuine robbery.

As if to prove the point, Pacquiao won both rematches by big unanimous decisions.

Promoter Ben Shalom said he was “embarrassed” by the split decision victory going in favour of Taylor, who was largely outboxed for long periods of the contest.

“There has to be an inquest … this was actually embarrassing.

“If there’s not an inquest it’s going to harm the sport. We’ll do everything we can because I’m not just embarrassed, I’m really angry.”

Catterall had his own opinion of the result, of course.

“What a load of shit,” he wrote on Twitter.

It’s not just in the professional ranks where shocking results can be recorded.

Park told AP he was “confused” when his hand was raised — he wasn’t the only one.

“I didn’t want my hand to be raised but it did go up, and my life became gloomy because of that,” he said.

The Olympics is perhaps a bad example — an independent investigation led by Richard McLaren into boxing at the 2016 Rio Games found that a number of medal matches were fixed.

The Rio Games were famous for Irish boxer Michael Conlan sticking up his middle fingers at judges after a hugely contentious defeat to Russia’s Vladimir Nikitin.

This, and other governance issues, have led to boxing’s ongoing existence at the Games being put in doubt.