A keeper howler, a cranky coach and a touching tribute: Five talking points from today at the World Cup 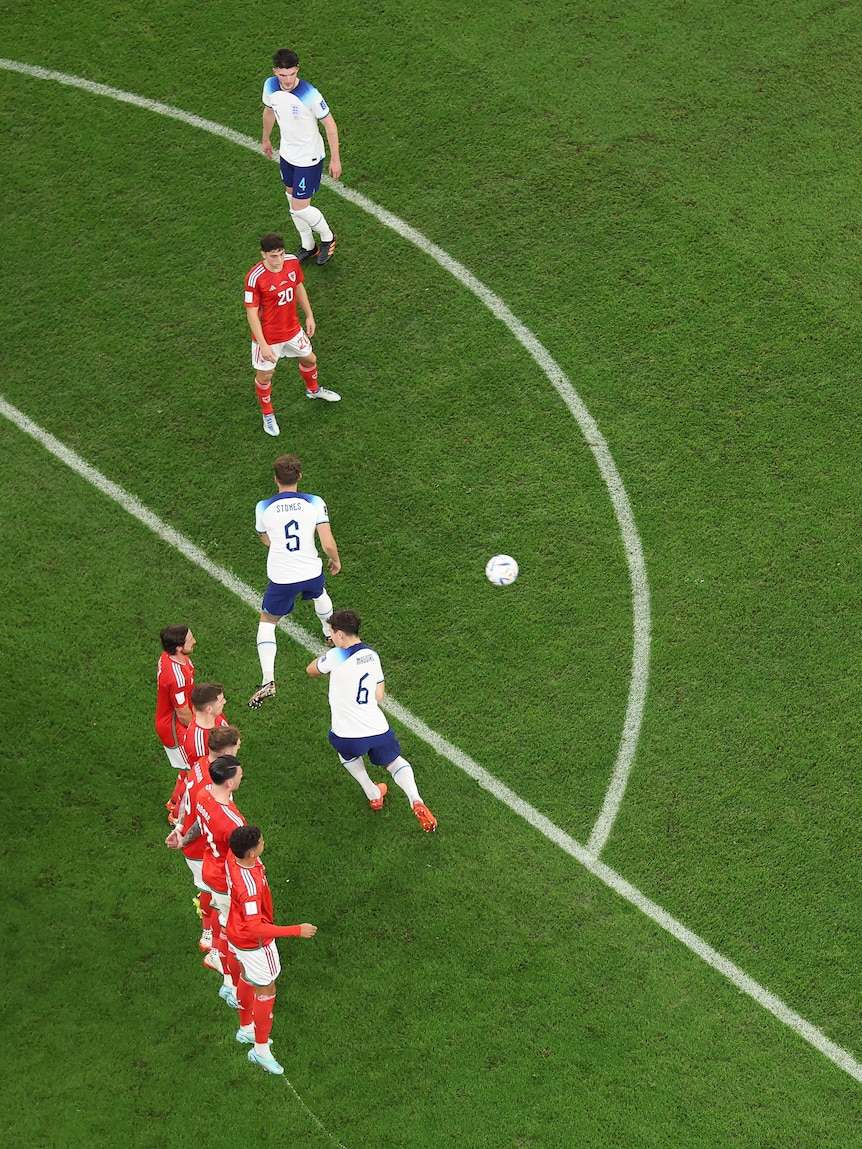 The Three Lions plotted their path to the last 16, a Dutch coach took issue with the media and an African underdog payed an emotional tribute to a fallen great.

Goalkeeping is hard. It’s a lot of pain for very few moments of glory, and when the mistakes inevitably come they tend to get highlighted more than those of the other 20 players on the pitch.

Just ask Wales’s Danny Ward, who probably thought he would be riding the bench for the entirety of this World Cup until a red card for Wayne Hennessey against Iran opened the door.

He didn’t have much to do in the first half against England, and could not be faulted for Marcus Rashford’s brilliant free kick or Phil Foden’s tap in soon after, but he will want to quickly forget his contributions to Rashford’s second.

The shot came straight at Ward’s legs but burst right between them and into the back of the net, piling yet more pain on the Welsh as they approached their World Cup exit.

Few managers in world football have been as successful as Louis van Gaal, and few are more notorious for weird and wonderful press conferences.

After his Netherlands team beat Qatar 2-0 to seal progression to the knockout stage, a journalist suggested to van Gaal his team would need to improve to progress further, and accused them of perhaps being a little “boring”.

Van Gaal, as you may suspect, wasn’t having it.

“I don’t agree with you and I’m not going to expand on that,” he said.

“Why don’t you write down that it’s terribly boring? If you think it’s boring why don’t you go home?”

Senegal had to come from behind against Ecuador to qualify for the knockout stages, turning a 1-0 deficit into a critical 2-1 win.

The jubilant scenes after Kalidou Koulibaly’s winner were the sort that make World Cups special, but the tribute saved for after the match was even more touching.

Koulibaly said he prepared for the match by watching videos of Bouba Diop, who played 63 times for Senegal and made his name in the Premier League before his death aged 42 after a long illness.

“The anniversary of Papa’s death was important for us and his family,” Koulibaly said.

“We wanted to do him proud and pay homage to him. He made me dream as a boy.”

Pulisic’s agony and ecstasy comes all at once

It should have been the greatest moment of Christian Pulisic’s career to date, but instead he found himself crumbled on the turf in agony.

Pulisic, the talisman of the US national team, had just scored to give his side a 1-0 lead, which would be enough to send them through to the last 16, but in doing so had collided with the Iranian goal keeper.

He carried on playing until half-time, at which point he had to be substituted. Reports say Pulisic was taken to hospital with abdominal injuries after the game.

Whether on not the Chelsea winger can front up for the US against the Netherlands will be one of the biggest talking points in US sport over the next few days, and given his character Pulisic will no doubt be doing all he can to make himself available.

But at some point in the future, he will surely look back at that painful, glorious goal with pride.

It came from the right boot of England’s Marcus Rashford, who was brought into the starting line up and set a meandering game alight almost single-handedly.

That moment of set piece brilliance released the shackles around the Three Lions, with Foden adding a second less than two minutes later before Rashford finished the job (with a little help from the aforementioned Danny Ward).

England’s attack came under justified criticism after the 0-0 draw against the US, but Foden and Rashford in particular added some much-needed spark.

That free kick could prove a pivotal moment not only in England’s World Cup campaign, but in the career of the Manchester United forward who still has so much to give.