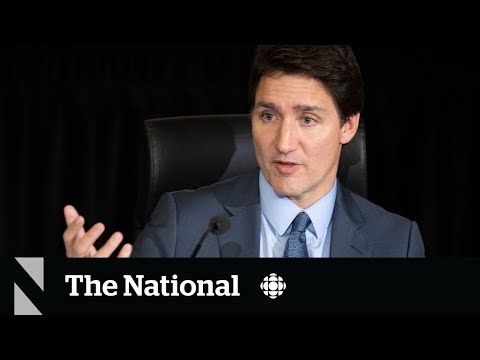 The Hill: Trudeau defends use of emergency powers to end trucker protest

Trudeau was the final witness to testify before a public commission investigating the Canadian government’s use of the Emergencies Act, which grants it additional powers. An inquiry is required after the use of the act by law, according to the BBC.

WNU Editor: Not surprised by the Canadian mainstream news media’s glowing reaction and support of Prime Minister Trudeau’s testimony on the use of the emergency powers to end the Freedom Convoy protests. Heavily subsidized by the Trudeau government, I did not expect anything less.

Why am I cynical of the Canadian media?

On two Saturdays I traveled to Ottawa to see for myself what the protests were about. On both occasions I saw happy families with kids. Almost all of the protesters looked like middle class Canadians who work hard for a living. A good portion of the truckers who were protesting were non-white (something that you can never tell from the news coverage). A lot of free food that I learned later was donated by supporters (food that was actually very good). Bouncy castles for the kids in front of Parliament Hill. Small concerts. Lots of speeches. And the place was packed. I also always felt safe.

But when I arrived back home later in the evening. The media narrative was the opposite. Government officials were pushing the line that the public was in danger. That many of the protesters were dangerous right wing extremists. The word neo-Nazi was used a lot. And that these protesters were crippling the Canadian economy (as if the lock-downs were not responsible for anything).

So why did the Canadian government invoke these emergency measures that resulted in hundreds of peaceful Canadians being arrested and charged or having their personal bank accounts frozen?

My read was that the government was afraid and panicking. They had no control on what was happening, and what was worse was that they felt they were about to lose the public narrative because of social media, independent media in Canada, and the foreign press (New York Times. Daily Mail, etc.) that were contradicting what the politicians and Canada’s main stream media were saying.

There was even talk of bringing in tanks …. ‘How many tanks?’ Cabinet texts reveal pent-up frustration with ‘Freedom Convoy’ (Politico).

But I think what broke the camel’s back was the money that the protesters were raising with small donations from hundreds of thousands of Canadians. Within two weeks, the protesters raised more than what all of Canada’s political parties were able to raise combined in the last election.

Even Prime Minister Trudeau’s former chief adviser and long time friend Gerald Butts voiced his alarm on a major news network on the money that was being raised. As we all know. Money is power in politics, and usually the one with the most wins.

Faced with an opposition that was growing, the federal government invoked the emergency act, an act that gave the police the power to arrest the protesters, while seizing their assets and their bank accounts.

But here is the kicker. Within 24 hours after invoking the Emergency Act, the major banks, followed by the Central Bank, issued a warning that a run was now happening at the banks and capital was leaving the country because of the government’s move to freeze bank accounts. Faced with this new financial and monetary emergency, the Trudeau government immediately revoked the Emergency Act.

It is telling that the government’s decision to quickly revoke the Emergency Act was not brought up in this inquiry. If the threat was so real, why revoke it so quickly.

So what is next?

The government hopes that with this carefully selected pro-government inquiry will help bury this story in the next election. They may be right. But the damage has already been done, and how the government went about cracking down on its opponents is not going to be forgotten by many Canadians.

Emergencies Act ‘in the back of our minds’ early but ‘seriously’ weighed later: Trudeau — Global News