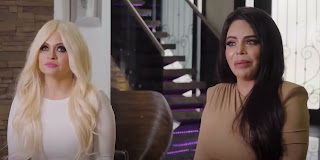 Married to the convicted Chicago cocaine traffickers who helped bring down Sinaloa cartel drug lord Joaquín ‘El Chapo’ Guzmán Loera, Viviana López and Valerie Gaytán are accused of spending millions of drug proceeds on everything from vacations to tuition. 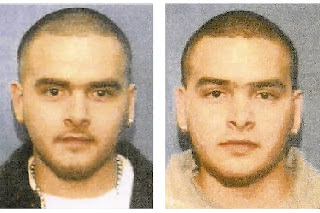 Brothers Pedro Flores (left) and Margarito Flores rose from street-level Chicago drug dealers to the top of the cartel world. Now, their wives are facing trial on charges they collected and spent millions in drug-trafficking proceeds.

A federal judge Tuesday refused to dismiss a money-laundering case against the wives of Sinaloa cartel-connected Chicago cocaine dealers Margarito Flores and Pedro Flores, saying he doesn’t believe prosecutors gave them a free pass to collect and spend their husbands’ drug proceeds after the twin brothers got locked up.

The 41-year-old Flores brothers surrendered to U.S. officials in Mexico in 2008 and agreed to cooperate against Mexican drug lord Joaquín “El Chapo” Guzmán Loera, who was convicted in a massive conspiracy case and is now serving a life prison term thanks in large part to Pedro Flores’s testimony.

The brothers have finished serving their 14-year prison sentences for supplying tons of cocaine to Chicago and other cities.

The wives are accused of helping collect millions of dollars of their husbands’ drug debts and spending the money on everything from vacations to private-school tuition for their kids. Relatives, including the twins’ older brother Armando Flores, also were charged.

On Tuesday, U.S. District Judge Matthew Kennelly rejected Lopez and Gaytan’s assertion that they were granted immunity from prosecution as part of their husbands’ deals with prosecutors.

Vivianna Lopez has pointed to Pedro Flores’s testimony on Dec. 18, 2018, at Guzmán’s Brooklyn trial as evidence that prosecutors made a deal with her. On the witness stand, Flores said he told authorities about his family collecting drug debts and, asked whether his wife was charged, said, “No, she was given immunity.”

On Tuesday, Kennelly noted that the wives came clean to prosecutors about more than $4 million in narcotics proceeds they were hiding in 2010. But the judge said there isn’t any proof that prosecutors gave them approval to continue collecting and spending drug money without consequences for “all time.”

Lopez and Gaytan — who wrote a 2017 book, “Cartel Wives,” describing the highs and lows of being married to big-time cocaine traffickers — are accused of continuing to help hide and spend their husbands’ drug proceeds long after 2010.

Kennelly set their trial for next June 20.

Lopez’s aunt Laura Lopez has pleaded not guilty to money-laundering and is awaiting trial with the twins’ wives.