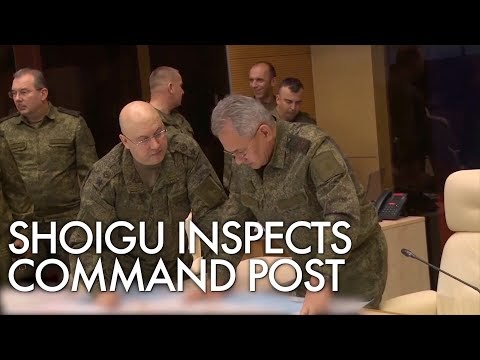 * Shoigu was pictured in Ukraine with ‘General Armageddon’ Sergei Surovikin

Images released by the defence ministry showed Shoigu studying a series of documents alongside ‘General Armageddon’ Sergei Surovikin at an undisclosed location in occupied Ukraine.

Surovikin was appointed overall commander of Russia’s armed forces by Putin exactly one month ago, having earned his ominous title overseeing the brutal destruction of Aleppo amid the Russian intervention in Syria.

WNU Editor: The only reason why Sergei Shoigu is there is because something big is about to happen. Judging by how grim all the soldiers look in the above video, my guess is that Russia is going to hear some bad news in the next day or two.

Update: Yup. As I am writing this I am seeing news reports that Russian military forces have been ordered out of the city of Kherson. This is a major defeat for the Russian military. IMHO the biggest one of the war.