CJNG Battle Against the Military, Ends with 16 Hitmen Arrested in Jerez, Zacatecas 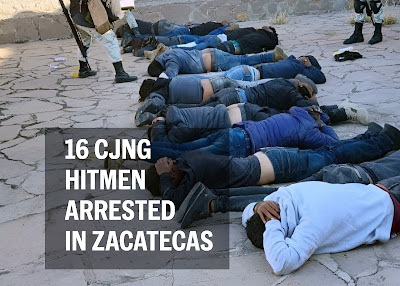 Sixteen alleged members of Cártel Jalisco Nueva Generación (CJNG) were arrested by Army and National Guard soldiers after a battle in the municipality of Jerez, Zacatecas.

On November 4, 2022, the sound of gunshots rang out in multiple neighborhoods in the town of Jerez, in the municipality of the same name. 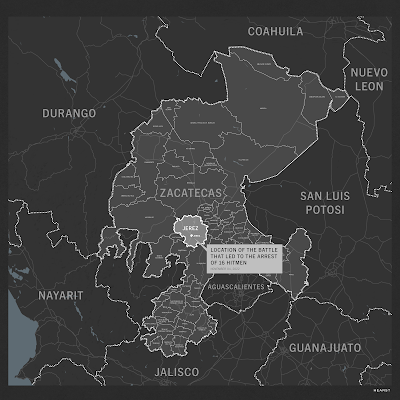 Articles published before the official government statement, from newspapers such as El Sol de Zacatecas, describe how the gunshots were heard and reported to the emergency phone line at approximately 8:00 am in the neighborhoods of Los Sauces, Modelo, San Isidro and Bosques. Videos of the gunfire were uploaded by locals to social media.

Armored National Guard vehicles were then spotted moving towards the small neighborhood of El Durazno, in Jerez.

An article by El Sol de Zacatecas goes on to say “security sources told us that National Guard special forces personnel located a criminal group’s center of operations and managed to ‘encircle’ them in the community of El Durazno. When reinforcements arrived to arrest them, a confrontation broke out which lasted at least half an hour.”

The next day, the Governor of the state and the Army (SEDENA) sent out a press release, which translates as follows:

“On November 4 of this year, in the municipality of Jerez, Zacatecas, personnel from the National Guard and the Mexican Army were attacked with firearms by alleged members of organized crime. After repelling said aggression, 16 individuals were arrested and their weapons, magazines, cartridges, tactical equipment and a building were seized.

As a result of intelligence work […], National Guard and Mexican Army personnel organized a joint task force to conduct ground reconnaissance in the town of El Durazno, municipality of Jerez, Zac.

During this ground reconnaissance, information was obtained through a citizen’s report that alleged armed individuals were currently located inside a building, so the joint task force moved to investigate the building.

Once the property was located, Army soldiers established peripheral security and National Guard soldiers  proceeded to request a technical investigation order [search warrant], at which point they were attacked with gunshots.

Because of this attack, the aforementioned personnel began a security operation which resulted in the National Guard detaining 16 individuals, 4 of whom were injured.

In addition, the following was seized:

It is worth mentioning that the 4 individuals who were injured were given first aid and were evacuated, as detainees, to the General Hospital Jerez, Zacatecas for medical attention.”

The following two photos were released, showing the seized equipment and the detainees. 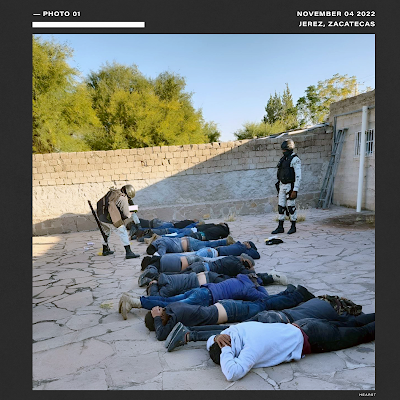 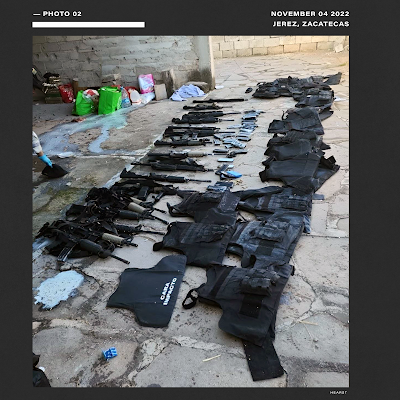 NewssMex wrote that “unofficially, it is being rumored that the arrested aggressors are members of the Jalisco New Generation Cartel , although this information has not yet been confirmed.”