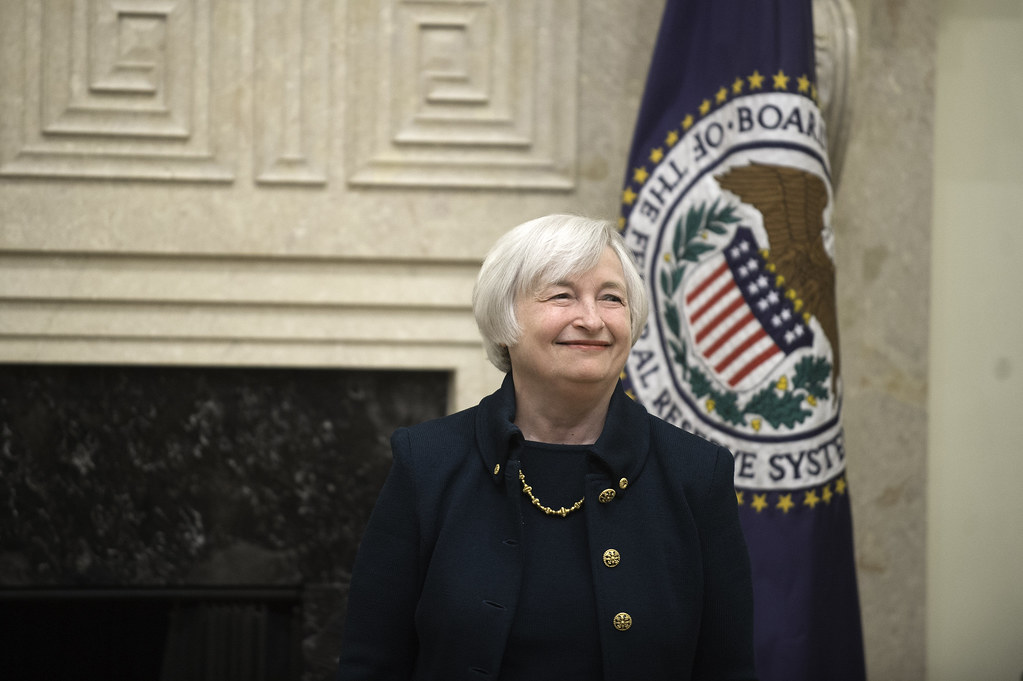 U.S. Treasury Secretary Janet Yellen defended Apple’s threats to de-list Twitter in the wake of Elon Musk’s official takeover, arguing that content on the app needs to be brought under “control.” Yelen argued that Twitter’s content moderation should be held to certain “standards.”

Musk has repeatedly feuded with Apple over the company’s decision to significantly reduce advertising on Twitter. Musk also stated that Apple threatened to remove Twitter from its app store, thus rendering the mobile version practically unusable for millions of customers, despite Musk’s efforts to work with them. The new Twitter boss later stated that Apple did not intend to remove Twitter from the app store, calling it a “misunderstanding.”

Leftist and government critics, however, such as Janet Yellen, have called for companies like Apple to take action against Twitter due to Musk’s emphasis on free speech.

Speaking at the New York Times Dealbook Summit in New York, Yellen said that Twitter should be held to certain content moderation “standards,” comparing the issue to licenses for radio stations.

“I think it’s a good thing, if Apple is looking at the content. Most broadcast stations are subjected to standards in terms of what they broadcast to the public. And Twitter’s not really that different than other broadcast stations,” she said.

When asked if she was in favor of increased oversight for technology near monopolies such as Apple and Google, Yellen agreed. “It’s a kind of control that I think is needed,” she said.

Yellen declined to say whether the Treasury-led Committee on Foreign Investment in the United States (CFIUS) was conducting a review of Twitter after leftists called for a probe over a long-held Saudi Arabian stake in the company after Musk formally bought the platform, Reuters reported. The treasury secretary responded with a non-answer, saying that the committee investigates all foreign acquisitions or stakes that could present “national security risks.”

“I’m not going to say specifically what we are or aren’t looking at,” Yellen said. “We don’t comment on work that’s in progress. But if there are such risks, it would be appropriate for CFIUS to have a look.”