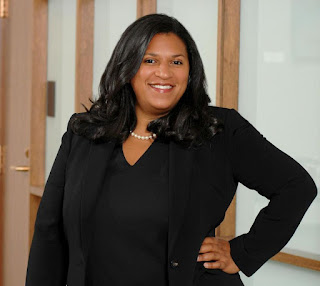 A former federal prosecutor in Cleveland who abruptly backed out of becoming the first Black woman to serve as U.S. Attorney in northern Ohio earlier this year attended a 2017 party where two federal agents took ecstasy at the Colombia home of a now-disgraced U.S. Drug Enforcement Administration agent, according to an Associated Press report.

Former DEA agent José Irizarry told the AP in a series of interviews before he began serving a 12-year federal prison sentence for laundering money for South American drug cartels that his home on the Caribbean coast of Colombia became a well-known stop for federal law enforcement officials beginning in 2015.

One of the officials he named as attending a party at his home was Marisa Darden, who at the time was an assistant U.S. attorney in Cleveland.

Irizarry told the AP that he witnessed two DEA agents consume ecstasy during the party. He said he did not see Darden consume any drugs. The article did not say if Irizarry claimed that Darden witnessed drug use at the party.

The AP reported that federal officials have interviewed several attendees of that party as recently as this summer.

Her attorney James Wooley, himself a former federal prosecutor, said in a statement that Darden “cooperated fully and answered all questions” in an FBI background check before her confirmation as the top U.S. attorney in northern Ohio and a separate investigation into allegations of illegal conduct by federal agents.

“There is no evidence that she participated in any illegal activity,” the statement said. “Any statement – or even a suggestion – to the contrary is false.”

Wooley, who has known Darden for decades, added that she is “a terrific lawyer and an even better person.”

Dan Ball, a spokesman for the U.S. Attorney’s office in Cleveland, declined to comment.

Darden is among three current or former federal prosecutors that Irizarry named in the AP story as attending lavish parties or events with him. The other two prosecutors, both located in Miami, denied any wrongdoing to the AP.

Irizarry, 49, pocketed millions of dollars as part of a years-long scheme in which he and others worked with the agency’s informants connected to cartels to steal money seized during undercover stings and launder the money through the black market. He told the AP that drug use and the soliciting of prostitution were rampant among DEA officials, whose job was to wage the U.S.’s war on drugs. Irizarry said that drug agents realized the war was unwinnable.

Irizarry, said who is described in the AP story as the “most corrupt DEA agent in history,” said he used the stolen funds to bankroll an extravagant lifestyle that included his $760,000 home with a rooftop pool that hosted his parties.

U.S. Sen. Sherrod Brown’s office tapped Darden in November 2021 to fill the U.S. attorney position in Cleveland. The U.S. Senate confirmed Darden in April, making her the first Black woman to be confirmed to be the top federal prosecutor in northern Ohio.

Three weeks later, Darden abruptly withdrew from the position. She said in a statement that she was returning to private practice and “prioritizing family.”

Wooley on Monday declined to address whether the investigation into Irizarry’s claims had any influence over her decision to withdraw.

Brown’s office released a statement through a spokeswoman.

“At no time in the nomination process was Senator Brown aware of these allegations regarding Ms. Darden,” the statement said.

An unnamed White House official told the AP that Irizarry’s claims did not come up during Darden’s confirmation process.

The U.S. attorney position in Cleveland has remained unfilled and is currently held by First Assistant U.S. Attorney Michelle Baeppler.