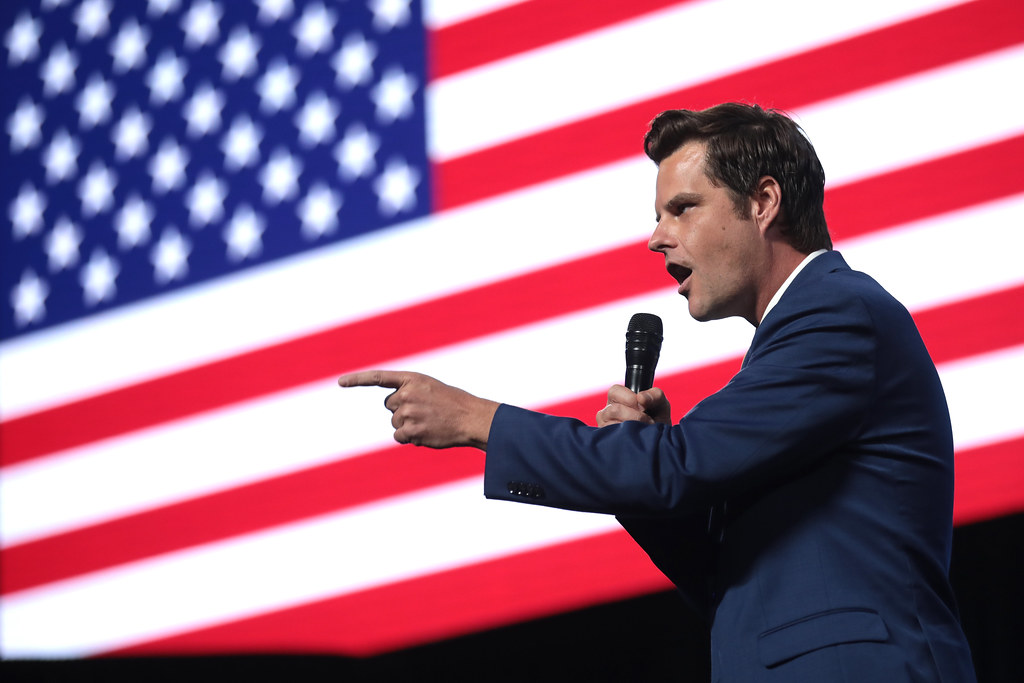 Rep. Matt Gaetz (R-Fla.) slammed the idea that a vote against McCarthy’s speakership will lead to a Democrat House Speaker being elected.

“I’m asking if you block him [McCarthy] then what happens…do the Democrats end up with enough votes so they can put a Speaker in place,” Huckabee asked Gaetz.

With “at least a dozen” GOP Republicans expected to vote as a “hard no” against McCarthy on the January 3rd speaker election, the California rep’s odds of winning are beginning to appear gloom.

Knocking back at the Huckabee’s idea that anti-McCarthy Republicans are ushering in a Democrat speaker, Gaetz responded, “That’s a false narrative. The Democrats have 212 votes. It takes 218 [to win the Speaker role].”

“And there’s not 6 Republicans – I don’t think there’s a single Republican whose even expressed any willingness to vote for a Democrat. So I think that’s a threat that is constructed by a lot of the folks in the swamp of Washington that want a speaker beholden to the lobbyists,” Rep. Gaetz continued.

“You know what argument people make for Kevin McCarthy, ‘He is the LeBron James of special interest funding,” the Florida rep. noted before railing against the negative influence of lobbyists in the swamp.

“No one extracts more money from the lobbyists and special interests than Kevin McCarthy. But I think that ought to be disqualifying not qualifying. I frankly think that federal lobbyists shouldn’t be able to donate to members of Congress. How is it that people who are paid to influence our vote then get to give us money and then you act like that doesn’t influence how members of Congress think about things?”

Huckabee warned his opposition to McCarthy could come with a “price to pay” should the California establishment figure ultimately win the Speaker role.

“Apostling ain’t easy,” Gaetz replied with a smirk, adding “sometimes you gotta get in the fight.”

“I’m tired of Washington just serve as a geography where both sides are fighting over who gets to be the valet for the special interests,” Gaetz concluded, inciting praise and applause from the crowd.

The full interview can be watched below: