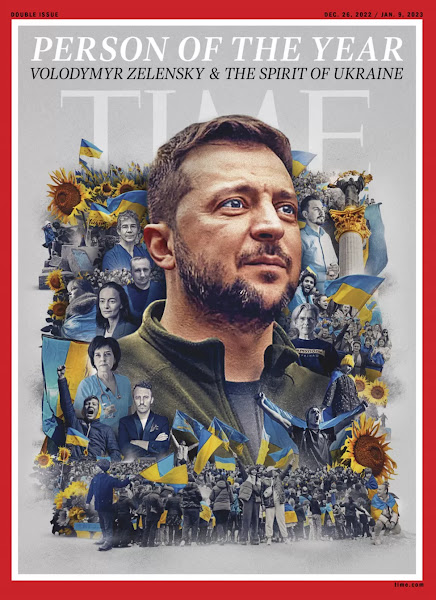 Time: Volodymyr Zelensky Is TIME’s 2022 Person of the Year

The call from the President’s office came on a Saturday evening: Be ready to go the next day, an aide said, and pack a toothbrush. There were no details about the destination or how we would get there, but it wasn’t difficult to guess. Only two days earlier, on the 260th day of the invasion of Ukraine, the Russians had retreated from the city of Kherson. It was the only regional capital they had managed to seize since the start of the all-out war in February, and the Kremlin had promised it would forever be a part of Russia. Now Kherson was free, and Volodymyr Zelensky wanted to get there as soon as possible.