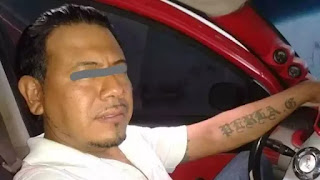 Pedro G.R, alias “Piter” o “Rabias”
The FGE of Guerrero pointed to the involvement of organized crime groups. It is presumed that the victims were tortured and had their throats slit in Puebla.
Four Puebla residents were kidnapped, tortured and had their throats slit, then the perpetrators dumped their bodies in the state of Guerrero.
The victims, Pedro G. R., better known as “Piter” or “Rabias”, his wife Fabiola and another couple were originally from Tulcingo del Valle, Puebla. On Monday, November 14, their bodies were found in the municipality of Huamuxtitlán, in the state of Guerrero.
The search for Pedro and his wife began that same Monday on social networks:
I ask everyone to please help me share this photo to locate my brother Pedro G. alias ‘El Rabias’, him and his wife and two more people, please,” his sister posted.
However, it is unknown when and where they were last seen. As well as the relationship they had with the other two people identified as Gonzalo N. and Santa N.
In the community they rang the bells and organized search brigades, but none of them were located.
At approximately 8:00 p.m. on November 14 in Jilotepec, Huamuxtitlán, on the border of Puebla and Guerrero, four bodies were found. All of them had been beaten, had signs of torture and had their throats slit. They were two men and two women.
The Attorney General’s Office of the State of Guerrero reported the following day that:
It is known, by the municipal president of Tulcingo del Valle, Puebla, that the victims are residents of that municipality and were abducted yesterday”.
He also added that it is presumed that groups related to organized crime that do not belong to the community of Jilotepec were involved. In other words, the multiple homicide would have been committed in the state of Puebla.
The perpetrators transferred the bodies of the tortured Puebla residents to the Forensic Medical Service in Chilpancingo, Guerrero. Later, the family of Pedro and his wife confirmed that it was them.
To all the people who would like to join us to receive the body of my uncle Pedro, the body will be arriving at 4:00 in the afternoon. We wilk be waiting for you at my grandmother’s house, in the neighborhood of San Isidro”. 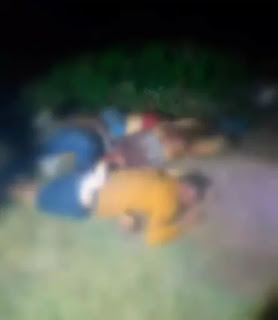 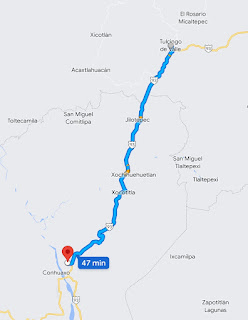