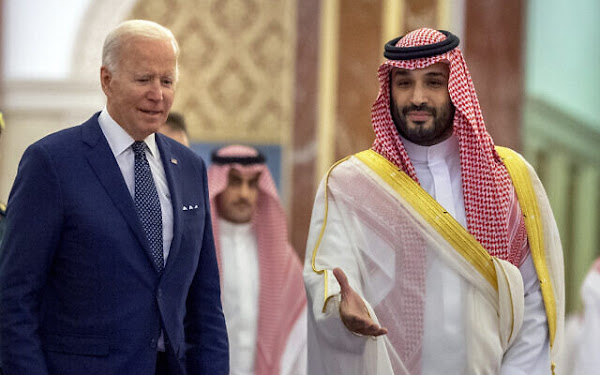 Al Arabiya: Netanyahu: US needs to reaffirm support for allies, including Saudi Arabia

The Israeli PM-designate said that part of the Democratic Party had moved “sharply” to the left, “in some cases, to a radical position and often against the wishes of a broad constituency in the public.”

Incoming Israeli premier Benjamin Netanyahu said Wednesday that he wants US President Joe Biden to reaffirm Washington’s commitment to its “traditional allies” in the Middle East, including Saudi Arabia.

“And I view that alliance with the United States as particularly important,” Netanyahu told Al Arabiya English in an interview.

Consecutive US administrations have voiced their “ironclad” commitment to the security of Israel, but cracks have appeared in recent years as divisions over Iran have led to increased US criticism of Israeli policies towards Palestinians.

WNU Editor: I had to do a double-take when I first saw this story. An Israeli leader warning the U.S. to reaffirm its commitment to Saudi Arabia. But the Democrats are not listening …. White House clashes with Senate Democrats over Saudi weapons bill (Washington Post).