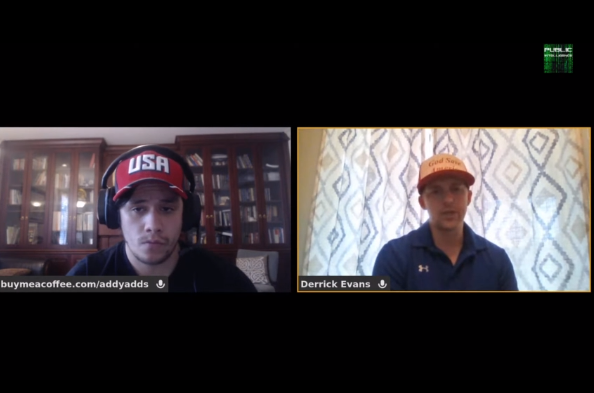 Derrick Evans, a J6 political prisoner and former District 19 Delegate in West Virginia, publicly denounced current Republican National Committee (RNC) Chairwoman, Ronna McDaniel, and endorsed Rep. Andy Biggs (R-AZ-05) for the next U.S. Speaker of the House of Representatives in an interview with The National File on Monday.

“Kevin McCarthy is not America First. Sorry, in my opinion, he’s weak. Not only do the patriots across this country deserve better, I think that we demand better right now. We can do much better than McCarthy. Part of the issue with the Republican party is that we continue to fall in line behind people such as McCarthy. Is there really much of a difference between a McCarthy and a Schumer, at the end of the day? I don’t really know that there is. There are on certain issues, but, I mean, when it comes down to it and actually having a backbone and [are] willing to fight for the people of this country and the conservatives in this country, I don’t think he’s the guy for the job.”

“Kevin McCarthy is not America First. Sorry, in my opinion, he’s weak. Not only do the patriots across this country deserve better, I think that we demand better right now. We can do much better than McCarthy,” Derrick Evans said on Monday. pic.twitter.com/r6vB8qehfr

Evans endorsed Arizona House Rep. Andy Biggs as the next U.S. Speaker of the House of Representatives.

“One of them that’s running right now is Biggs. I think that Andy Biggs would be great. He is a member of the Freedom Caucus. He’s somebody who has proven time and time again to be a true conservative who will fight for conservative values. He’s not going to waiver and compromise our issues,” Evans said.

Evans elaborated on his disagreements with the leadership of McCarthy, particularly with regards to the possibility of a legitimate January 6 investigation.

“Part of the issue that I have with McCarthy is he has not said anything about doing any sort of his own investigation into January 6th. You know, I’ve actually spoken to several members of Congress prior to the election, and I, you know, asked them. I said, ‘It looks like we’re going to take over control of the House. Are you guys going to do your own January 6 investigation and find out the truth as to what happened on that day?’ There’s a lot of people whose freedom depends on that. And I was told ‘No,’ they were not going to do that and to me, that’s just unacceptable.” Evans said.

Evans expressed his disappointment to the news that only Republican parties of Arizona and Texas have asked for the resignation of RNC Chairwoman McDaniel.

“I’m excited that those two states have publicly made that statement. I’m disappointed that the other 48 have not,” Evans said in response to the news.

“Let’s just be honest. Ronna McDaniel, Romney, whatever, she has not done a great job. You can say whatever you want to, but results speak for themselves. We’re getting outspent and not just [that]. the GOP leadership in the House and the Senate have not done a good job,” Evans said.

“That’s another reason, in my opinion, we need to get rid of Mitch McConnell and Kevin McCarthy both,” Evans added.

“Look, we have Republicans getting left out to dry and getting outspent. Herschel Walker, Blake Masters, all these people in these states, and they’re over here spending $10 million in Alaska on Murkowski, I think is her name, who’s running against another Republican!” Evans stated. “A Republican is already going to win that, but the other Republican was not a globalist uniparty Republican.”

“So think about this: they spent $10 million to get their Republican in Alaska and just gave up the Senate majority in other states. That should tell you all you need to know,” Evans declared.