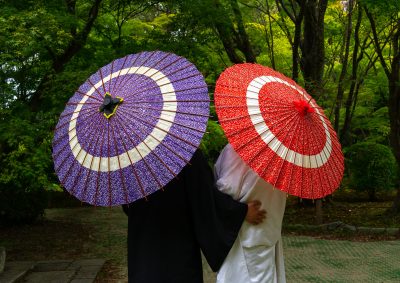 The decline and ageing of the Japanese population over the last 20 years have been severe. According to the Japanese National Census, the population aged between 15 to 64 years declined by 11 million, while those aged 65 and above increased by 14 million. The shrinking working-age population is discouraging private investment due to projected pessimistic domestic market growth.

The declining population is a natural consequence of the smaller number of people who can become parents. Due to the declining total fertility rate (TFR), the average number of children per woman dropped from 2.1 in the early 1970s to 1.3 in 2021. This is far below the level needed to maintain a sustainable population.

The government is encouraging higher birth rates by increasing benefits for families raising children. But this supporting policy alone is not enough. The Sixteenth Japanese National Fertility Survey, published by the National Institute of Population and Social Security in September 2022, reveals key information about Japanese families.

The fertility rate of married couples declined from 2.2 in 1971 to 1.9 in 2021. As children born to unmarried couples account for just 2 per cent of children in Japan, the primary factor for the falling TFR is the continuously declining marriage ratio. Yet there are few policies in place to reverse this trend.

Low and unstable incomes makes it more difficult for young people to get married and have children. But the survey results show that those who chose not to marry due to economic difficulties are a minority. The main reasons for both men and women are non-economic, such as being unable to meet a suitable person.

The survey indicated that over 80 per cent of single young men and women were willing to marry. As the desire to marry has historically been stable, the government expects that marriage rates will eventually recover. The government’s optimistic demographic projection potentially underestimates the decreasing long-term fertility rates. Women’s standards for their husbands are rising in line with their improving economic position, resulting in a mismatch in the marriage market.

A possible factor for the reluctance of Japanese women to marry is the increasing ‘opportunity costs’ of marriage. With higher education, more young women have similar wages to men, so their average search period for spouses is longer. Currently, the average age of first marriage for women is 29 years by the Cabinet Statistical Office, well beyond the 25 years in the 1980s — when most women were only high school graduates.

The option to live alone in large cities and avoid the constraints of a traditional family has also become more appealing. In Japan, marriage is not necessarily based on consent between a couple but is a unification of two families. Women married to the eldest sons are expected to care for their husband’s parents. This is a significant burden for women who want to pursue their professional careers.

Another example of a family constraint is that a married woman is expected to take her husband’s surname. Japanese law requires married couples to adopt the same surname, and while it does not stipulate which name, over 90 per cent of women take their husband’s name. This is disadvantageous to an increasing number of married women with official qualifications or established careers using their maiden name. Yet the proposal for the optional use of a maiden name has not been allowed because of the conservative logic that such a couple may lack a family tie and have a negative influence on their children.

According to the Survey Report on a Society with a Declining Birthrate by Japan’s Cabinet Office in 2020, only 10 per cent of men and women live together without a marriage certificate. This pre-marriage cohabitation period is crucial for economically independent women, as the relationship can be quickly terminated without family involvement.
The Japanese government could learn from the French experience with contractual civil unions (PACs), that provide some official status to unmarried couples, including those of the same sex. Some local authorities in Japan issue a specific certificate to same-sex couples, but the government has overall been hostile towards accepting more inclusive types of families.

The French PACs have had some success in helping contribute to increasing fertility rates in the 2000s. The Japanese Government may well use it to transition unmarried couples to legal marriage.

Despite a rapid increase in highly educated women in Japanese society, the older generations intend to protect Japan’s traditional family format. Japan’s failure to recognise other types of families is contributing to its low fertility rates. Against a sharply declining population and rapid ageing, the government needs to be more active in addressing the demographic problem.