Leftists Are Trying to Get People to Leave Twitter. It’s Not Going to Work 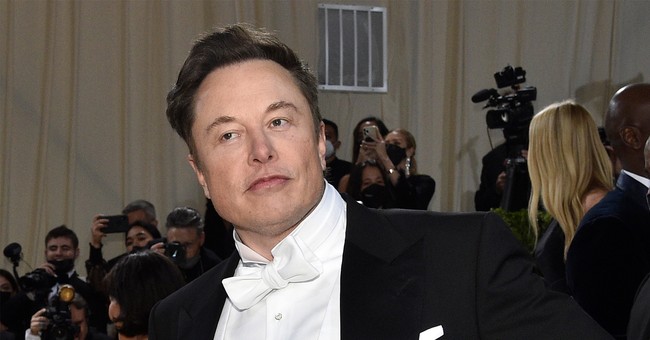 Folks on the left are still freaking out about Elon Musk buying Twitter. Ever since he bought the social media company, they have been screaming like drunken banshees about the prospect of people they don’t like being on equal footing when it comes to disseminating ideas and opinions.

It did not take them long after Musk took over to start brainstorming ways to ensure progressive supremacy over the platform. Indeed, these people are truly desperate.

The Washington Post tried to attack the company’s advertising revenue stream. Others have used the typical race-baiting strategy to persuade users that white nationalists were going to dominate the site.

None of these tactics have worked so far. But that doesn’t mean they aren’t still trying. Now, they are trying to convince people to abandon the platform and look for other social media sites to populate.

NBC News is keeping a running tally of celebrities who have vowed to leave the platform. These include television mogul Shonda Rhimes, singer/songwriter Toni Braxton, former WWE wrestler Mick Foley, The View’s Whoopi Goldberg, model Gigi Hadid, and a slew of other elites whose opinions are utterly meaningless. Perhaps the activist media outlet thinks that these high-profile individuals leaving the platform might inspire others to do the same.

The Los Angeles Times published a piece on Friday titled “Thinking of quitting Twitter? Here’s everything you should know,” in which it attempted to explain why folks should seek greener digital pastures.

Ethan Zuckerman, an associate professor at the University of Massachusetts at Amherst’s school of information and computer sciences and director of the Initiative for Digital Public Infrastructure, told the outlet that Musk’s takeover could “mean more abusive content is likely to get through.”

“People have every reason to be worried about the future of Twitter,” Zuckerman fearmongered. ”It’s probably going to be a much less usable network and potentially a much unhealthier network for people who are vulnerable and at risk.”

However, the author of the article admits that “Twitter has no perfect substitute,” and that “it may not make sense for you to jump ship if you’ve built a valuable community on the platform.”

And to what platform are these disgruntled leftists going to flee? So far, it looks like it’s Mastodon, another microblogging platform. However, there appear to be some issues with the site that might make it difficult for progressive Twitter refugees.

The platform, whose founder claims it has over 1 million active users, is plagued with problems making it difficult for people to build a presence.

“For starters, some said they’ve struggled to create an account. The confusion about how to get on the platform has even inspired some to post memes to Twitter,” according to NBC News.

Rob Schäfer, a military historian, told the outlet he threw up his hands and gave up on the site after only 15 minutes of trying to figure it out.

“I write all day, I do a large amount of research and so on; I can’t spend hours learning to handle a simple social media app,” he said Schäfer, who found it to be “clunky” and “unusable.”

German Palestinian filmmaker and activist Lexi Alexander described the platform as “far more complicated to use than Twitter.”

“I think there is a way to have your posts be seen by everybody, as well as see all the posts from everybody on Mastodon,” she said. “But if nobody understands how to do that … it doesn’t really matter.”

“For all activists, it’s the exposure that matters,” the activist continued. “We are trying to make people aware of urgent issues, so a restrictive, hard-to-use platform that separates different groups for different interests will never be an optimal platform for activism.”

While the prospects for another left-leaning social media platform might be slim, we can be sure they won’t stop trying.

But have any of their efforts failed to damage Twitter? According to Musk, not so much:

Twitter user numbers have increased significantly around the world since the deal was announced.

And these are very early days. As Twitter becomes by far the most reliable source of truth, it will be indispensable.

So far, Twitter is sitting pretty despite the attacks coming from the left. But they are not going to stop here. In fact, as I’ve predicted before, it would not be a surprise to see them try to use the power of the government to stop Musk. Indeed, President Joe Biden already indicated that an investigation could be warranted.

Without any evidence of wrong doing, Biden says Musk is open for investigation. pic.twitter.com/fenxMuzLs0

The left will stop at nothing to prevent Musk from having his way with Twitter. But the question is: Can they hope to succeed?

EDITOR’S NOTE: To celebrate RedState VIP’s 3rd birthday, a number of our RedState VIP articles and features are coming out from behind the paywall this week. To enjoy access to exclusive VIP articles – ad free – for the entire year, become a VIP member today! And, this week we’re offering 45% off, our biggest discount ever, when you use code “VIPWEEK.”