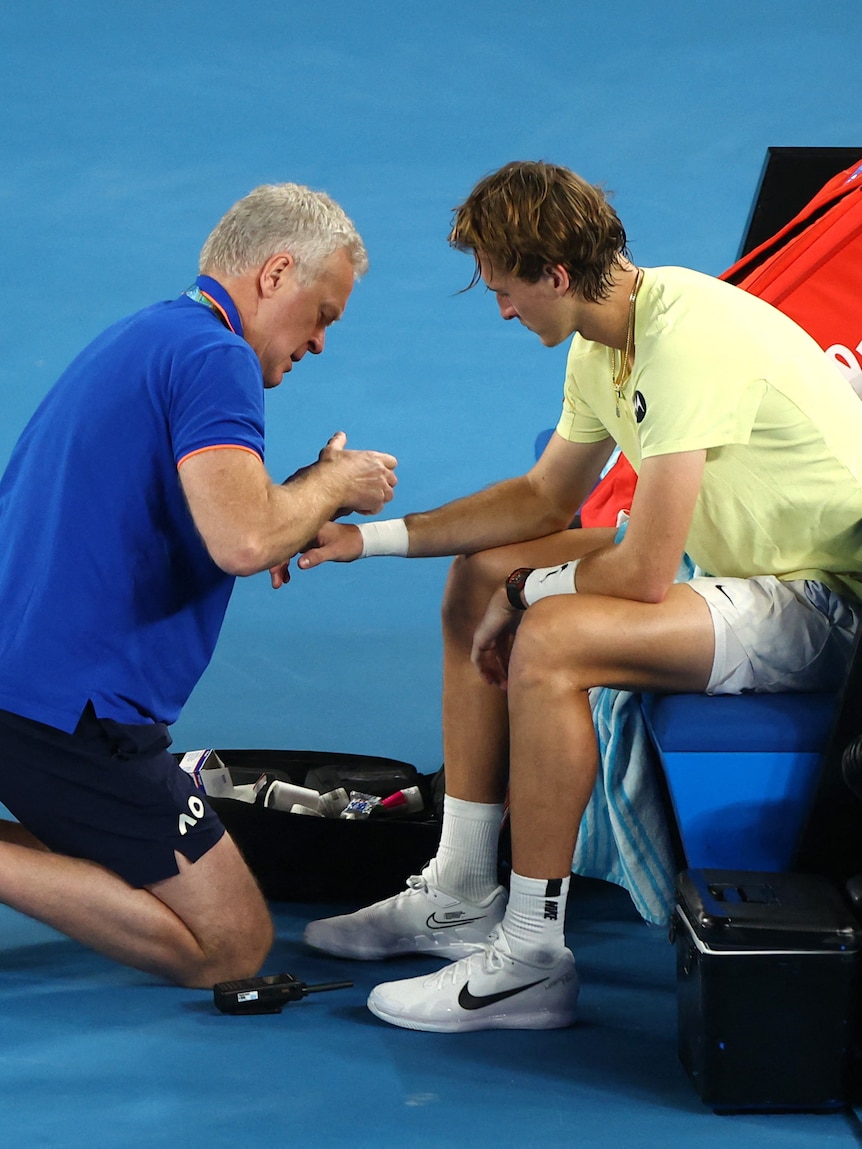 So much of the narrative in Australia the last two years has surrounded Novak Djokovic and it seems the Serbian has had enough.

Last year he was deported from the country but this year the focus has been on his hamstring.

In the past Djokovic says he has been accused of faking injuries and when speaking to Serbian media last night he rounded on those who doubt him, making accusations of a double standard.

“I leave the doubting to those people; let them doubt,” he said.

“Only my injuries are questioned.

“When some other players are injured, then they are the victims, but when it is me, I am faking it.

“It is very interesting. I don’t feel that I need to prove anything to anyone.”

Two years ago Djokovic said he had torn an abdominal muscle when playing against American Taylor Fritz in the fourth round.

That he could push through with that injury was questioned but he said he may one day prove he has actually been battling injuries.

“I have got the MRI, ultrasound and everything else, both from two years ago and now,” he added.

“Whether I will publish that in my documentary or on the social media depends on how I feel. Maybe I will do I it, maybe I won’t.”

Fritz for his part commented on Twitter this morning, making it clear he was not “talking about anyone on particular”.

But said some players may exaggerate their injuries in a lengthy thread.

“I don’t think people fake injuries, I do think sometimes players stretch the severity of the injury because it depressurizes them and helps them play better (which honestly is fine, do whatever works),” Fritz wrote.