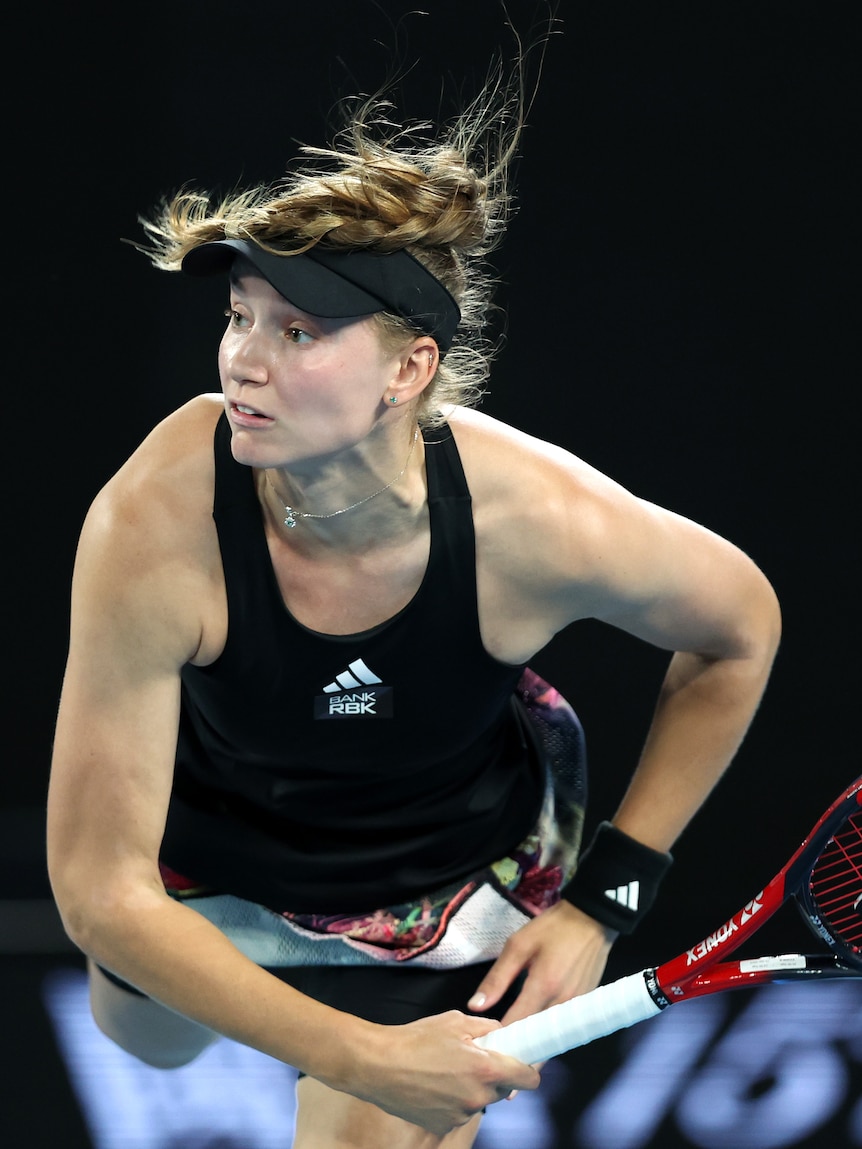 Wimbledon champion Elena Rybakina is the first player through to the Australian Open semifinals following a rain-interrupted straight-sets win over Jeļena Ostapenko.

There was no let-down from Rybakina’s stunning fourth-round upset win over world number one Iga Świątek, as the Russian-born Kazakh routed Ostapenko 6-2, 6-4.

Play was stopped for about half-an-hour as officials scrambled to mop up the saturated court after a flash storm hit Melbourne, and then had to close the roof at Rod Laver Arena.

But the delay did little to slow Rybakina, who returned to convert a 3-1 first-set advantage into a fourth straight-sets victory from five matches this campaign.

“The conditions were different, but then we expected that it can happen in Australia. You never know,” Rybakina said.

“In the morning, one weather, then in a few hours it changes so you have to be ready always.

“There is the beauty of this sport. Everybody needs to adapt and I think I did really well from the beginning of the match.”

The world number 25 broke the 17th-seeded Ostapenko twice in each set and finished with 24 winners to the Latvian’s 19 in a dominant display.

She sealed victory with her 11th ace after 79 minutes to take her Australian Open tally to a women’s tournament-leading 35.

“I am super happy to be in the semi-final. It was an amazing atmosphere. Thank you very much, everybody,” Rybakina told the Rod Laver Arena crowd.

“Of course, I was nervous, especially in the last game, to be honest. Not as nervous as before the match. I am super happy that I managed with emotions and I played very well today.”

Rybakina’s reward is a semifinal on Thursday against either American world number three Jessica Pegula or two-time Australian Open champion Victoria Azarenka, who play their quarterfinal on Tuesday night.

Her world ranking is somewhat deceptive as she did not receive any ranking points for her Wimbledon triumph last year.

The WTA and ATP withheld all points at Wimbledon after the All England Club banned players from Russia and Belarus because of the invasion of Ukraine.