Article translated from Spanish by “El Huaso”. Article and photos from Fuente Informativa 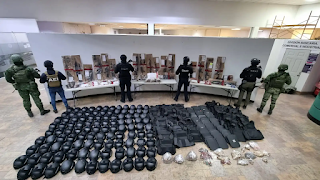 In an operation to capture the escapees from the Social Readaptation Center No. 3 of Ciudad Juárez, elements of the State Public Security Secretariat (SSPE) in coordination with personnel from the National Defense Secretariat (Sedena) and the State Investigation Agency (AEI) seized 25 firearms, dozens of magazines, thousands of bullets, 5 kilograms of “crystal”, hundreds of pieces of tactical and ballistic equipment, in addition to detaining 5 people.

The detainees are probably linked to the escape of inmates from Cereso 3 and the violent events on August 11, 2022 in Ciudad Juárez. 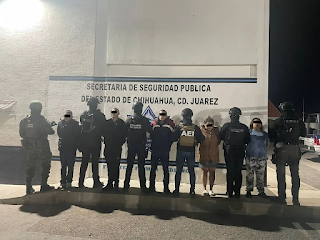 Derived from the operational, analysis and intelligence work, an address was located in the Erendira neighborhood, in Ciudad Juárez, where it was presumed that several of the subjects who escaped from Cereso No. 3 were hidden on December 1st. 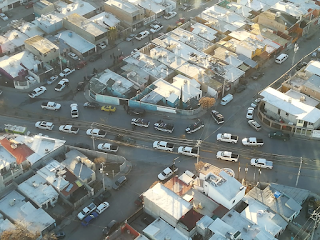 Operational elements of the State Police, the SWAT Special Forces and the Special Detectives Group participated in it, who carried out an intervention at the home where 3 subjects and 2 women were found, in addition to a minor under 16 years of age. who are allegedly linked to the escape from the prison, as well as the violent acts in Ciudad Juárez on August 11, 2022. 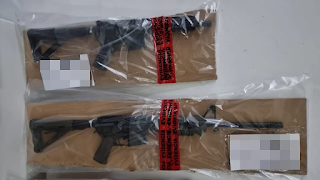 Inside the home, 6,096 cartridges of various calibers, 2 belts for machine guns, and 101 magazines for different firearms were also seized. 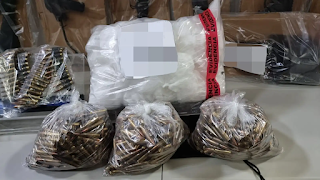 In the same way, 13 plastic bags were seized that contained a granular and transparent substance with the characteristics of the drug known as “crystal” weighing 5 kilograms and having an approximate value of $1,250,000 pesos.