Man Arrested In Connection With ‘Executions’ Of 4 People At An Oklahoma Marijuana Growing Operation, Authorities Say 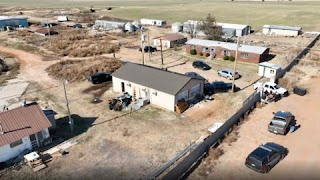 Investigators say they believe the victims and suspect knew each other.

A man was arrested Tuesday in connection with the killings of four Chinese nationals at a marijuana growing operation in Oklahoma, which investigators have described as “executions,” officials said.

One person was also left injured in the Sunday incident, the Oklahoma State Bureau of Investigation said.

Wu Chen, 45, was taken into custody in Miami Beach, Florida, Tuesday, according to law enforcement.

“Chen will face Murder and Shooting with Intent to Kill charges,” the OSBI said in a statement. “He is awaiting extradition to Oklahoma.” It was not immediately clear whether the suspect had an attorney.

Police in Miami arrested Chen after his vehicle was flagged by a car tag reader, connecting it to an outstanding warrant in Oklahoma, the statement said. 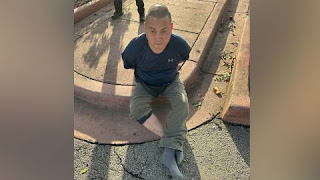 Wu Chen, 45, was arrested on Tuesday in connection with the killings of four Chinese nationals at a marijuana growing operation.

The investigation began Sunday when Kingfisher County deputies were called to a reported hostage situation and found three men and one woman dead and one person injured, the OSBI said, noting they believed the attack wasn’t random.

The injured person – also a Chinese national – was flown to an Oklahoma City hospital for treatment, but Florence said he did not know their current status.

Investigators are trying to piece together what happened, OSBI Capt. Stan Florence said Monday, but believe the victims and suspect knew each other.

The Oklahoma Bureau of Narcotics was also on the scene to investigate the growing operation, according to Florence. It was not immediately clear if the operation was legal and licensed. Medical marijuana is legal in Oklahoma.