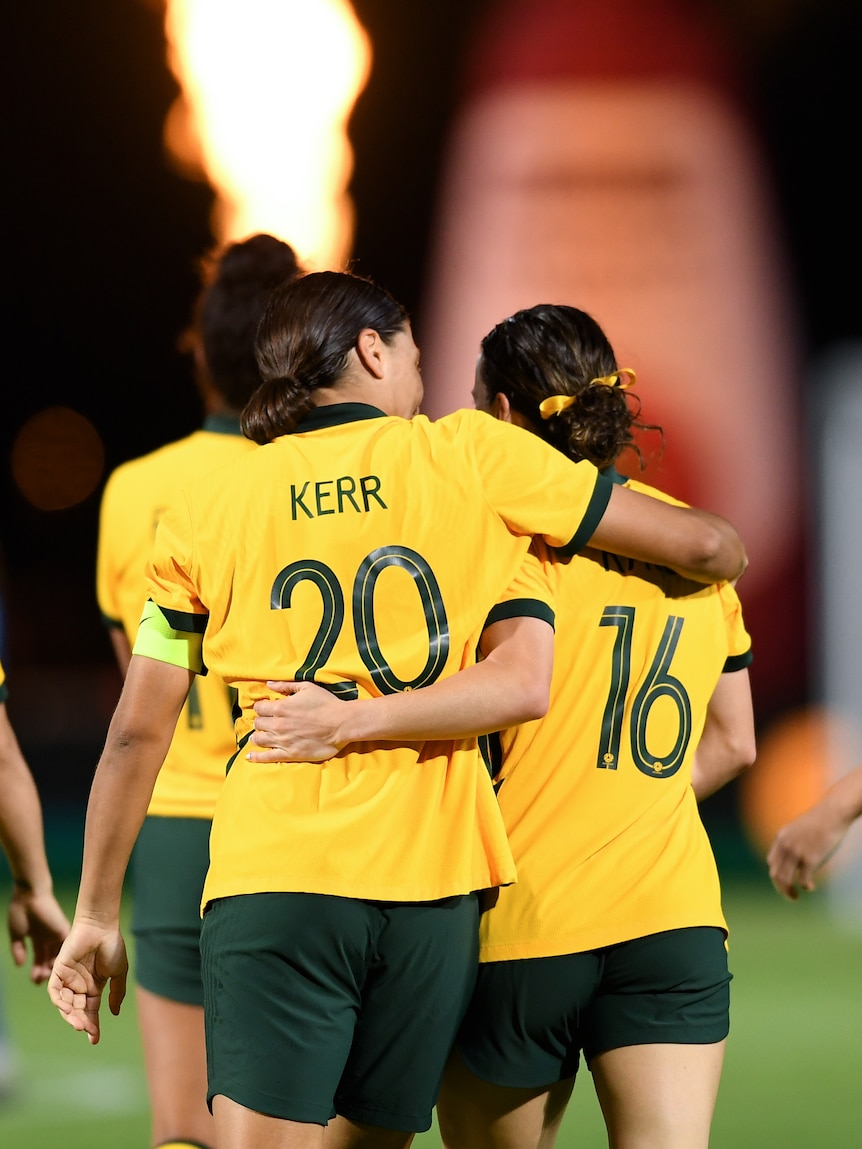 The Matildas have defeated Thailand 2-0 to finish the year on the longest winning streak of Tony Gustavsson’s coaching tenure and confirm positive signs ahead of next year’s World Cup on home soil.

The final scoreline did not reflect the Matildas’ dominance of a game characterised by missed opportunities.

Australia finished Tuesday night’s match at Central Coast Stadium with 31 shots at goal to Thailand’s five, and needed 14 to finally break the deadlock.

But Thailand struggled for avenues in the front third so were never really at risk of upsetting their hosts, who are set for more friendlies in 2023 as the World Cup approaches.

Captain Sam Kerr had three genuine chances to score inside 10 minutes and Hayley Raso and Cortnee Vine were constant threats with their pace down the wings, but the scoreline remained 0-0 until the 40th minute.

Thailand’s luck finally ran out when Kerr headed a Katrina Gorry corner into the back of the net, giving the Matildas the advantage at the break.

Gustavsson made no changes to the starting side that thrashed Sweden last week but Mary Fowler, Larissa Crummer and Emily Van Egmond came on after the interval.

A natural striker, Crummer replaced defender Charlotte Grant who appeared to pick up a knock in the countdown to half-time.

Just two minutes after the break, Raso tore through the middle of the Thai defence and showed no signs of the corked thigh she suffered in the first half as she blasted Australia’s second into the goal.

Kerr earned an early mark in the 62nd minute, replaced by Alex Chidiac, and the Australians did not score again despite continuing to enjoy the bulk of chances.

With her 151st appearance for the national side, defender Clare Polkinghorne joined Cheryl Sainsbury as the most-capped Matilda of all time.

In the final 10 minutes, Elise Kellond-Knight made her return from a two-and-a-half year injury lay-off that pre-dated the Tokyo Olympics, while Gustavsson handed Matilda McNamara her debut.

Australia have now won their last four games and are undefeated in nine clashes with Thailand.