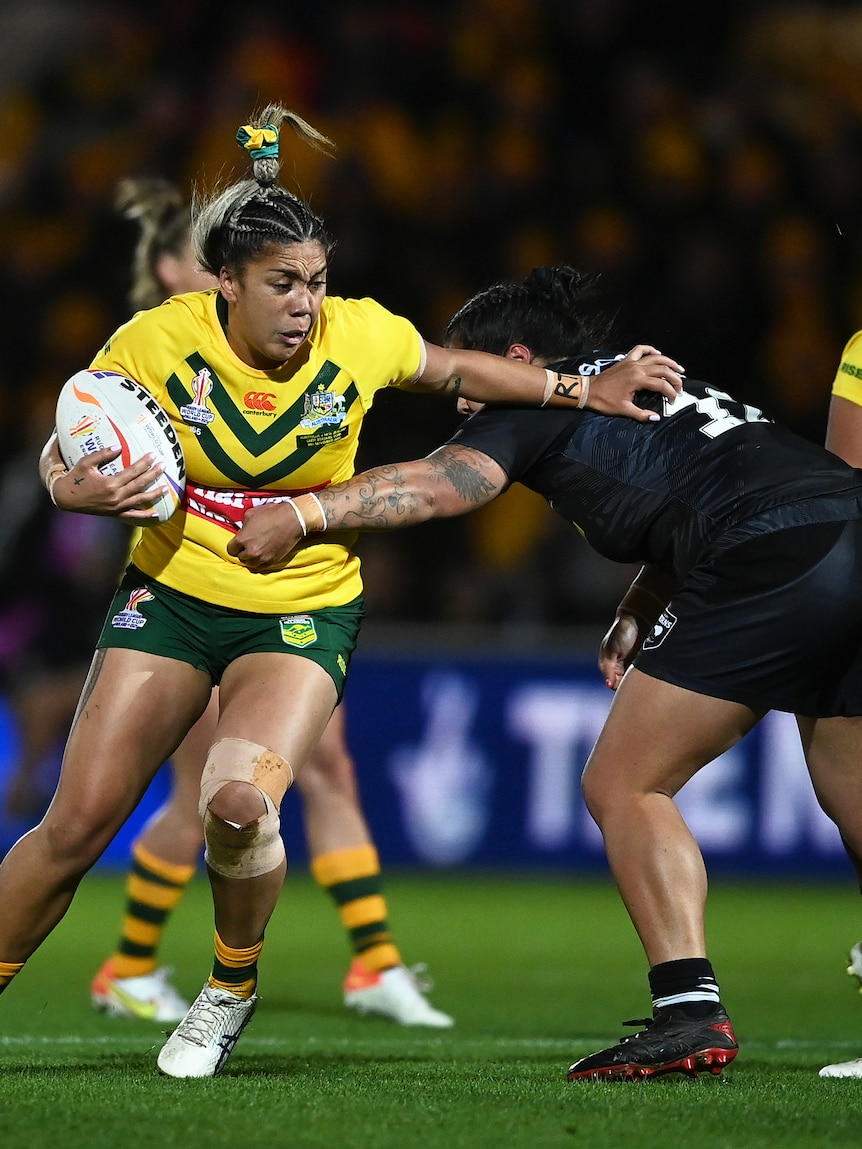 Australia and New Zealand meeting in the women’s Rugby League World Cup final might have felt inevitable from the start of the tournament, but this showdown for global supremacy has been coming for much longer than that.

In the 27 years since the Jillaroos and Kiwi Ferns first met, they’ve been the twin suns around which the rest of women’s international rugby league has orbited.

In the beginning, it was New Zealand who ruled the scene with an iron fist. They claimed the first three World Cups in 2000, 2003 and 2008 as part of a nine-year unbeaten run.

The Kiwi Ferns still haven’t missed a World Cup final, but more recently Australia has risen up and taken the throne. The Jillaroos are aiming for a third straight triumph and they’ve been near untouchable since the introduction of the NRLW.

But New Zealand, as they showed in last week’s narrow 10-8 loss, are still right there as a true challenger. It means Sunday morning’s (AEDT) final is not just a clash for world champion status, it’s a battle that spans across time as the past, present and future all collide at once.

Australia will arrive at Old Trafford fully loaded after they made light work of Papua New Guinea in their 82-0 victory.

It was almost an entirely new-look Jillaroos side as coach Brad Donald rested most of his top-line starters after last week’s bruising win over New Zealand.

It meant Australia was a little disjointed early, but the points soon came as thick as the fog that blanketed York Community Stadium.

Emma Tonegato was superb throughout en route to claiming player-of-the-match honours and all but wrapped up a place in the squad for the final.

Her speed and grace across the field helped her cut a swathe through the Orchids defence seemingly at will as she scored three tries and played a hand in plenty of Australia’s 12 others.

Lauren Brown was sharp in the halves while veteran centre Isabelle Kelly crossed for a hat-trick as Australia looked every inch a team that is peaking at just the right time.

And because they rested the likes of Simaima Taufa and Kezie Apps, we can expect the Jillaroos to head to Manchester at the very height of their powers.

The playing field won’t be exactly equal – New Zealand have a top quality squad but don’t quite boast the depth of Australia, meaning nearly all their best players had to back up just three days after their last match.

Perhaps that’s why they struggled to get moving against England, but once they warmed up and began building to the task, they grafted their way to a 20-6 victory.

New Zealand’s special weapon is their power and athleticism across the park and while the hosts did what they could, they lacked the muscle to match it with the Kiwi Ferns.

After their positive start, a litany of errors didn’t help matters and, despite some enterprising play from half-back Courtney Winfield-Hill and fullback Francesca Goldthorpe, they left themselves with too much to do.

Kiwi Ferns custodian Apii Nicholls was strong again, as was prop Brianna Clark, but the stars of the show and the players who will be key if New Zealand are to lift the trophy are back rower Amber Hall and centre Mele Hufanga.

Hall was player of the match in a beaten side against the Aussies last week and backed it up with another sharp display – aside from her wrecking-ball running, she also pulled out a few smart passes to open things up for her outside players.

But then, when one of those players is Hufanga, things don’t need to be all that open. The 28-year-old has been one of the finds of the tournament and was a deserved player of the match against England.

Hufanga is one of the few players in the Kiwi Ferns squad without NRLW experience but don’t let that fool you – she’s plenty familiar with the top level given she’s represented Tonga in rugby union and is a regular in Super Rugby Aupiki for Auckland.

In this match, the Ponsonby Ponies product was destructive with every touch as her speed, strength and agility gave England fits.

With Hall and Hufanga together, and Raecene McGregor calling the shots at halfback, there is not a left edge in the world New Zealand cannot break apart and that includes whoever runs out for Australia in the final.

The final has the potential to be one of the greatest women’s matches ever played and given the strides both sides have made in recent years, the winner could realistically claim to be the best team of women ever to play this sport.

Which is as a World Cup final should be. The stakes should be that high. The ceiling should be even higher. Throughout the tournament we’ve seen the rest, now it’s time to see the best.