‘May there be love in Heaven’: Russian woman, 30, who dies on day she reunites with Chinese husband after 3 years, praised for organ donations 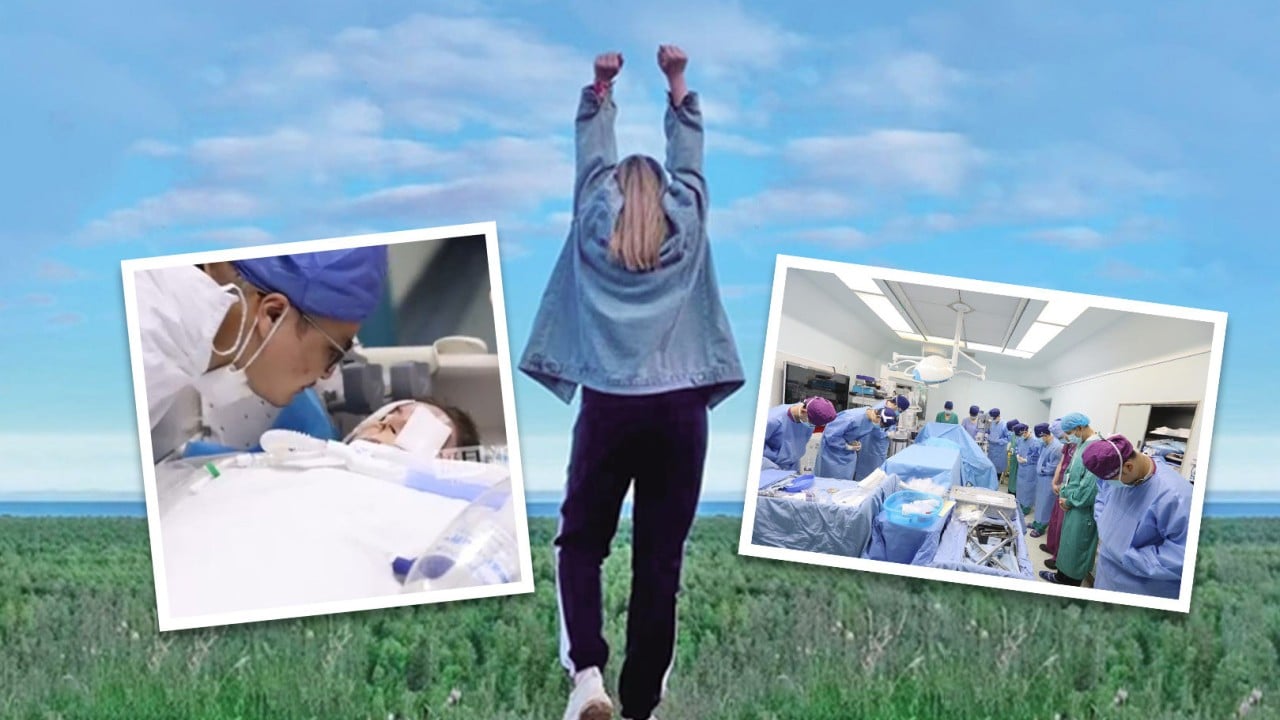 However, Nika’s trip was delayed until just this year after China introduced extreme travel restrictions following the outbreak of Covid-19.

The couple finally got together at the end of October this year in Nanning in an emotional reunion.

“We were both crying and hugging for five minutes,” Ouyang said. “I was happy, extremely happy. However, tragedy happened on our way home.”

Ouyang said that while they were driving on an expressway, his wife suddenly had difficulty breathing. He drove her to a nearby hospital where doctors diagnosed Nika with cardiac arrest caused by a massive lung pulmonary embolism and said there was “no hope” of recovery.

Ouyang says he and Nika had discussed organ donations before her death and says Nika had agreed to donate her organs if she died. Photo: Baidu

Not willing to give up, Ouyang drove Nika to a larger hospital back in Nanning, about 150km away.

“She was in a coma after her symptoms began to appear. She hasn’t said any word,” said Ouyang.

He said his wife had not been in good health since childhood and that the embolism developed during the long flight she had to take to get back to China.

Ouyang said he had discussed organ donations with his wife before, fearing he would die earlier than her. He said Nika had agreed to donate her organs after her death.

The couple’s story of heartbreak and generosity and has moved many internet users on mainland Chinese social media. Photo: Baidu

The Nanning Hospital also sought consent from Nika’s mother in Russia, and Ouyang talked with her mother on a video call before the transplant surgeries.

“I said: ‘Mum, you could swear at me. You could blame me.’ But her mother only said this is Nika’s choice,” said Ouyang. “I can really feel that my wife loved me so much that she chose to come to China to see me at the risk of losing her life.”

Ouyang said Nika was a good-hearted person. “I felt relaxed with her, and I’ve learned a lot from her,” he said. “We were looking forward to our future. We said to each other that we should work hard to live together, either in Russia or in China.”

“May there be love in heaven for this lady,” wrote one person on Baidu.

Another user said: “What a kind Russian girl! Rest in peace. Thank you! Chinese people won’t forget you.”

“It’s such a tragic story. It’s too hard to accept this ending,” a third comment read.